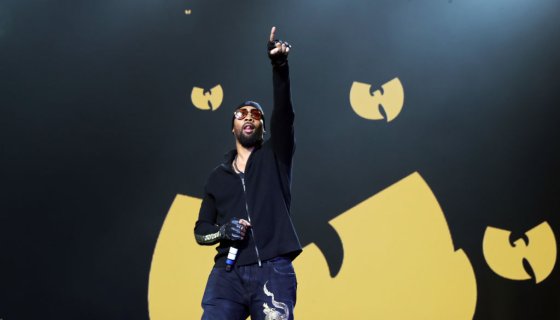 If you’re worried about the bond between the members of the Wu-Tang Clan breaking, says it’s all good.

Tuesday (Jun.9) Rick Rubin dropped the latest episode of his Broken Records podcast featuring the RZA. The two touched on a bevy of topics, but one, in particular, stands out, and that is his current standing with the .

It’s well-know that group for $2.5 million, and despite that, RZA says everything is all good with the crew.

“Always at peace, always at peace. We are a brotherhood. Look, my best example Rick is that I got a lawsuit, U-God is suing me, right? And this lawsuit has been going on for three years. And we were in Australia last year. They did a Wu-Tang tour in Australia [at] the Syndey Opera House, and he gets there, and his credit card isn’t working.”

“So I took my credit card, put him in a suite, and took care of everything for him. And then GZA’s like ‘Only Wu could do that. This ni**a’s suing you, and you’re feeding him and lending him money.’ I said [that’s] business, I love this man.’ I love my brothers, man.”

RZA explained what separated the Wu from other rap groups is the fact they basically grew up with one another,

“We have that love for each other. And I think our parents would be proud that this was a community. Wu-Tang wasn’t just a bunch of guys…a lot of these bands, maybe two guys know each other.

“This is a group of men who, at minimum, [have] 25-30 year relationships. Me and Raekwon go back to the third grade (…), and that part of it permeates and seems to trump anything else.”

You can watch the RZA say it in his own words below.