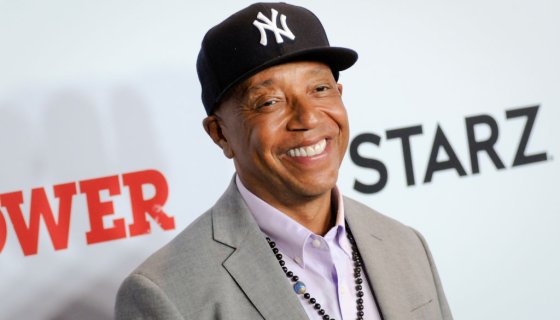 Last week HBO revealed the official trailer from its’ forthcoming documentary about the alleged behavior of . As expected the mogul has responded formally.

Home Box Office released an almost three-minute clip giving viewers a sneak peak at On The Record. The project follows the story of former record executive Drew Dixon who claims Uncle Rush ually assaulted her. She was the first woman who came out publicly against the Def Jam Records co-founder which was originally detailed in a New York Times article in December 2017. As per the teaser she goes on to find that several other women claim to have similar interactions forced upon them by the Queens native including writer Sil Lai Abrams and actress Jenny Lumet.

But since the trailer has been released it has faced some rather harsh criticism as Russell was not allowed to defend his name. LA Sentinel writer Stacy M. Brown states that HBO has “repeatedly declined to answer questions about the film.” Brown also notes that “HBO has not said why they’ve chosen to ignore Simmons’ input in a documentary about him.” He also points out that Dixon claimed that she would never go to Simmons’ home alone but that statement has been contradicted by her former intern.

“While I take no sides in the accusations, I do have an opinion as well as an opposing view with Dixon’s statements” the unidentified staffer wrote in a letter. “I was made by Dixon to wait downstairs when she went up alone to see , or she would take a care service and have the driver take me back to my destination” they added. “At no time did I ever witness her return to the office upset, angry, or with a changed demeanor”

In an exclusive statement to HipHopDX Simmons expresses his frustration by the lack of opportunity to speak in the film. The stories are 25 to 40 years old,” he said. “I have taken nine lie detector tests, seven by the president of the California Polygraph Association. Any reporter with any interest in the truth can find it out and they are starting to do so. God will sort that out. A lie can get so big that the truth is forced out.”

In January Oprah Winfrey formally bowed out as a producer on the expose claiming “creative differences”. While she maintains she believes the accuser’s sincerity, she did make it clear she is uncomfortable with some inconsistencies in Dixon’s account which said “gave me pause”.

On The Record originally debuted at the Sundance Film Festival on January 25, 2020. It is scheduled to premiere on HBO May 27. You can see the trailer below.