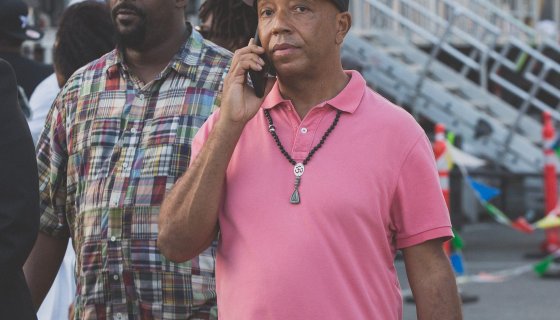 might have thought he scored some sort of victory after Oprah and Apple TV+ decided to pass on the documentary detailing is predatory ways. However, the folks at HBO said not so fast, we still gonna share this tea.

Confirmed on Monday (Feb.4),  HBO Max purchased the controversial documentary titled “On The Record” that details the levied against the Def Jam co-founder. Despite Apple TV+ dropping the doc and Oprah bowing out as an executive producer, it was well-received at the Sundance Film Festival and earned two standing ovations from those who were in attendance.

The film made by Kirby Dick and Amy Ziering follows Simmons’ accuser, , and her decision to go public, claiming that her former boss raped her at his New York home back in 1995. Speaking on the decision to purchase the doc, HBO Max’s head of original content, Sarah Aubrey stated:

“The fierce determination of Drew Dixon and all the women who bravely chose to share their stories in ‘On the Record’ moved us profoundly.”

This news follows Winfrey admitting that Simmons did contact her “multiple times” in a failed attempt to “pressure” her into stopping the documentary’s production. During an interview on CBS This Morning, she doubled-down and said she “did not pull out because of Russell.”

“This is not a victory lap for him. I cannot be silenced by a Russell Simmons after all I’ve been through.”

Simmons has denied all accusations against him, of course, he also fled to Bali once s*** hit the fan.

This is not the first time HBO grabbed a controversial doc, ironically the cable network also aired the extremely controversial documentary that featured an after special hosted by Oprah Winfrey. She caught significant flack for her involvement but speaking with Trevor Noah defended herself, stating:

As to when we can expect Off The Record, no details as far as an air date has been revealed.