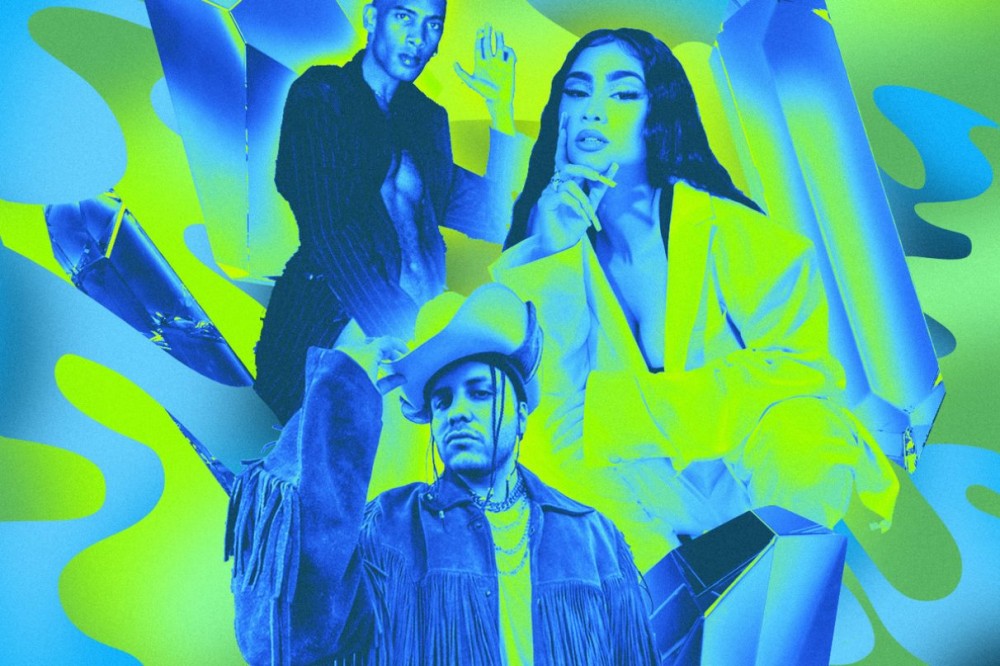 This is a weekly compilation of bite-sized song & EP reviews from our music writers. Discover new favs, read nuanced criticism of the week’s hottest releases & more.

Follow our playlist featuring these tracks and more on Spotify or Apple Music.

Following the success of tracks “Goteo” and her significant collaboration with the Major Lazer collective for “QueloQue,” Chilean-American artist Paloma Mami sheds a visual spotlight on her current relationship and partner Gilberto Figueroa, artistically known as ROA in “Religiosa.” The video is a sequence of video clips that transition in and out of intimate scenes. The track was released as a preview of her debut album Sueños de Dalí and has garnered 690,000 views since its premiere. —Jennifer Mota

Off the heels of explosive singles “Solo” and “Tight Corridors,” Dominican perreo club kid Rubby has finally unveiled their debut EP Pájaro Malo, boasting hedonistic collabs with producers like Kilborune and RIP TXNY. But dive a little deeper into the record and you’ll find “Sink Feel,” a minimalist dembow ballad that features production from DJ Python and showcases a beautiful, vulnerable new side to Rubby’s glamorous battle hymns. —Richard Villegas

While psych nowadays is synonymous with mind-warping distortion and challenging soundscapes, Mexico’s Apache O’Raspi keeps pop melodies at the fore without forgetting to include the crucial trippy factor. One of his most accomplished tracks, “Es Un Decir” is a catchy track that falls on the mellow side yet throws plenty of curveballs to keep you on your toes. Apache invites us to follow him down the rabbit hole where he leads us to a technicolor sunrise. —Marcos Hassan

Venezuelan trio Club de Amigos Los Mejores del Amor released their second full-length Volumen 2 on Valentine’s Day (very on-brand), and it’s an outstanding collection of genre-hopping gems everyone should be listening to. On “Ven a Mí,” they take on vallenato, a ubiquitous genre in their hometown of Maracaibo, and make it sound like Young Marble Giants came from the Venezuela-Colombia border. They’re on a quest to win back a lost love and nothing can stop them. —Cheky

Some in Brazil say that February is the year’s Saturday. In a pandemic world, though, even the long-awaited Carnaval month has turned into just another gray mass of quarantine days. No better time for Pedro Ivo Frota’s fourth album, Carnavalia: a frame for his kaleidoscopic, inside-out composite of a country’s soul. In “Bicho Pau,” Pedro hops on odd polyrhythms, staccato synth lines and wordplays that would put the best tongue-twisters to shame. It’s a drunken sambista getting his way home at the end of the Carnaval’s four days: as a roly-poly toy, he may fall—but he won’t. —Felipe Maia

After obtaining more than 1,000,000 streams and around 900,000 views on YouTube in 2020 alone, emerging singer-songwriter Loui has released “Nomada.” Known as a breath of fresh air for his incorporation of various sounds, Loui creates explorative reggaeton. Here, he narrates a story of a woman embracing her sexual liberty as a wanderer and drifter in love, refusing to be tied down in the Saul Paulino-produced track. —Jennifer Mota

While bedroom recordings are not the least surprising nowadays, what 17-year-old Argentine singer Martina Gryntysz has accomplished is nothing short of amazing. “Dear Friend” invites you to listen closely to her acoustic guitar and nearly-whispered vocals before drums and other instruments fill out the wistful feeling of missing a friend. As the song progresses, it becomes more poignant and personal, and thus, a powerful melodic gem. —Marcos Hassan

Once known as Instagram’s favela it-girls, the Okere twins are shoving in the Brazilian hip hop stage as the new defiant ones. “Salve” is not their debut, and it follows a rising sequence of releases, but the track is the first one to encompass crispy and resourceful flows with a simple, yet sharp narrative. From hints of Migos’ “Bad and Boujee” and African emperor Mansa Musa to colorful lines about the before and afters of sex, the lyrics come enfolded in a pounding ensemble of bass drums made by JXNV$. The diehard producer from Rio’s leading hip hop collective Bloco 7 refixed the sacred Dr. Dre’s Still D.R.E. piano lines and hasn’t sinned doing it. —Felipe Maia