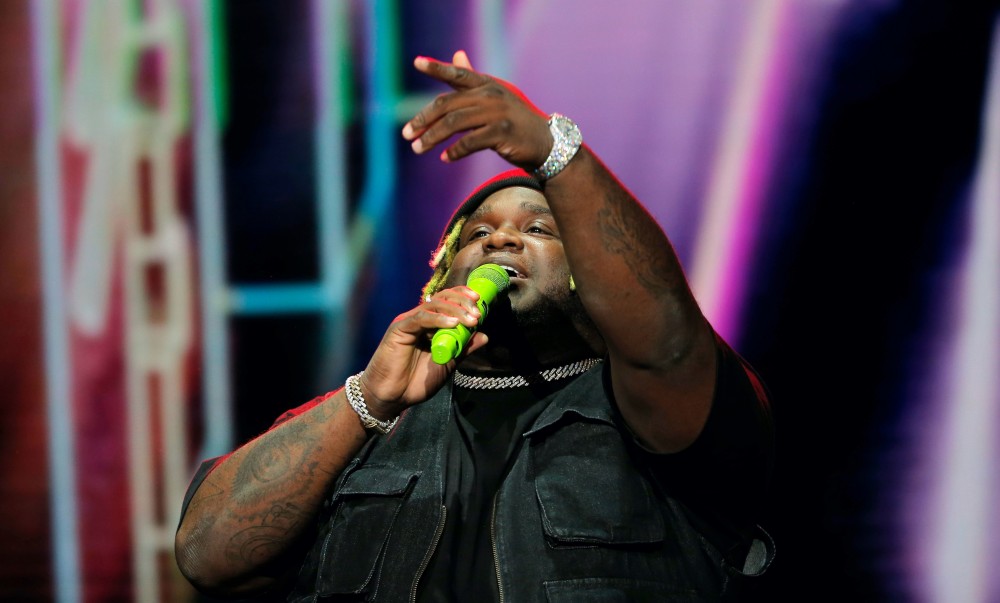 Lord have mercy! On Thursday the Panamanian urbano star Sech dropped 1 of 1: the follow-up to his 2019 Latin Grammy-nominated album, Sueños. Stacked with features by Daddy Yankee, Zion y Lennox, Arcángel and Ozuna, the expansive, 21-track album sees Sech coast from R&B to reggae with pure Caribbean cool. One of the most notable highlights from this epic LP is “Se Va Viral” (“It’s Going Viral”), a retro reggae en español cut, starring the Panama City MC of legend, Nando Boom.

Three years since dropping his Grammy-nominated Vives, the great Colombian pop-folklorist Carlos Vives bounds back with an earthy love letter to his homeland, Cumbiana. In the bilingual opening track, “Hechicera,” Vives gets an assist from his fellow parcera, the anglophone R&B sensation Jessie Reyez — who meets his vallenato swing with her one-of-a-kind swagger.

Argentine trap queen Cazzu claims the strip club for the girls in her risqué new video for “Bounce.” Along with her entourage of femme fatales, Cazzu shows up her posh ex-boyfriend and his crew of shady characters. “I’m a boss bitch, perras, así que show me some respect,” she spits in Spanglish.

This Puerto Rican dream team made an unforgettable smash in 2018 with their lovelorn megahit, “Te Boté.” Now Nio Garcia and Casper Mágico reconvene on the dancefloor in “Bandida” — a lush work of synth-wave-meets-reggaeton, dedicated to one mythical bad girl.

This year the Mexican-American R&B whisperer Alaina Castillo dropped her stunning EP, The Voicenotes. This week, Castillo proves her mettle in not just one, but two languages, with The Voicenotes‘ Spanish counterpart, Mensajes de Voz. In “Un Niño,” she dresses down a fickle male suitor with a hushed battle cry for her heart.