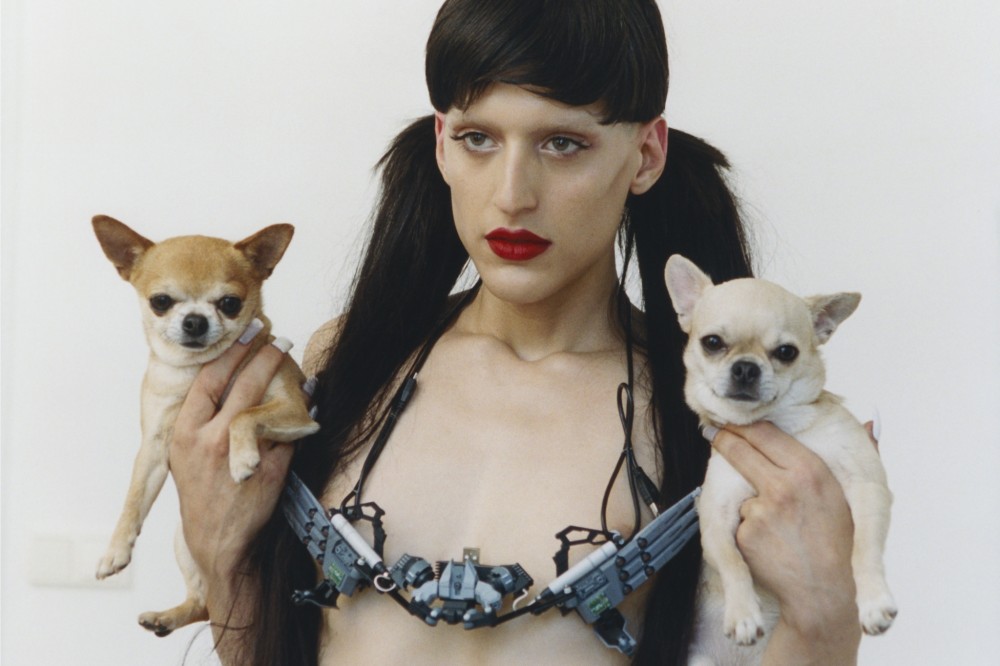 La Doña Arca spins critical gender theory in her latest track — then adds a little bounce for the club. Her head-spinning new song “Mequetrefe,” the Spanish equivalent of a “do-nothing” in her native Venezuela, encapsulates both tensions of sound and gender. According to the artist, the song “invokes the tenderness behind expressing who you are without shame, and the confidence and bravery it requires, because expression of gender-nonconforming self-states in a public space can often result in static within your environment.” The song features in her upcoming album, KiCk i, which comes out June 26th on XL Recordings.

After reliving the Nineties in their 2019 chart-topper with J Balvin, “Ritmo,” the American dance-pop crew Black Eyed Peas dial it back to 1985 in “Feel the Beat,” their fizzy reggaeton-pop rework of the classic Lisa Lisa song. Colombian heartthrob Maluma is just one of many Latin superstars featured in the group’s new English-Spanish-language fusion album, aptly-titled Translation, released on Friday.

Anuel AA Would Like to Reintroduce Himself in New 'Emmanuel' LP

'A Charlie Brown Christmas': The Making of a Classic Soundtrack

With the help of Puerto Rican reggaeton dons Daddy Yankee and Zion & Lennox, the Grammy-winning hip-hop producers Play-N-Skillz lay down all the right ingredients for a perfect summer jam. “Un besito, dos besitos, tres besitos,” recommend the MCs for a magical time.

This week the Grammy-winning brother-sister duo Jesse and Joy speak out in support of the LGBTQ community with their pop-cumbia single, “Love (Es Nuestro Idioma),” which translates to “Love (Is Our Language).” The song, off their new album Aire, is part of a campaign to globally ban conversion therapy.  “Sexual orientation is not something that can or must be cured,” state Jesse and Joy (in Spanish). “‘Conversion therapy’ subjects people to various acts of torture such as: deprivation of liberty, electroshocks, corrective rapes and exorcisms, among many other forms of violence.”

Arca lends some bounce to critical gender theory in her new song, "Mequetrefe."