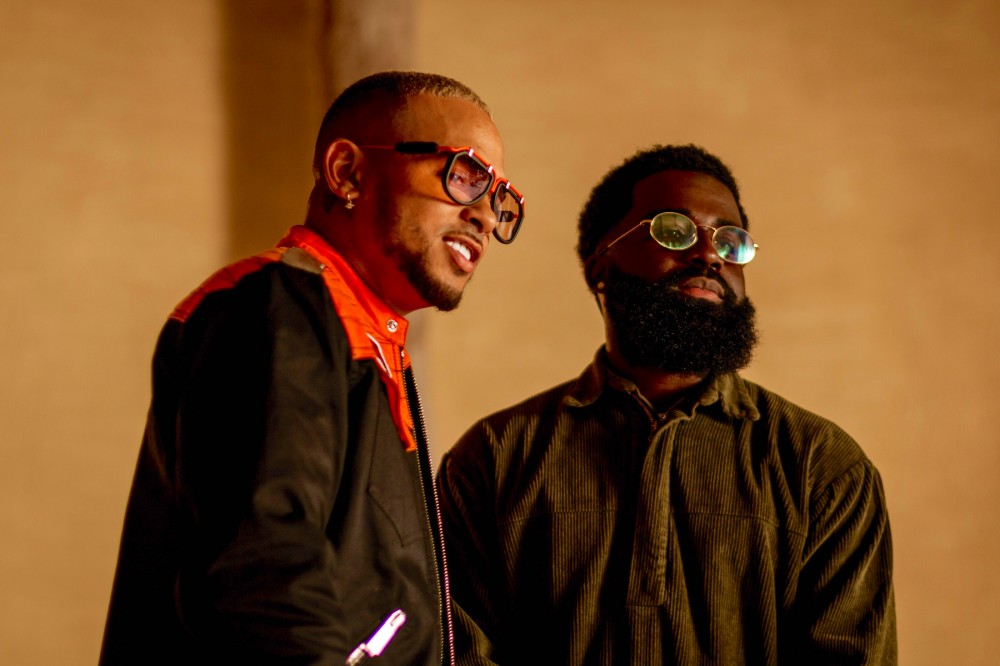 Afro B and Ozuna, “Drogba (Joanna)” — the Global Latin Version

Momentum for cross-Atlantic collaborations between reggaetoneros and artists associated with afrobeats has been growing steadily since at least 2018; one of last year’s standout singles was the J Balvin, Bad Bunny, Mr. Eazi collaboration “Como Un Bebe,” which brought together Colombia, Puerto Rico, London, and Nigeria. Afro B’s “Drogba (Joanna)” is more than two years old, but it got a second life this week thanks to a new verse from the Puerto Rican star Ozuna, who multi-tracks his light, child-like voice in pleasing formations. With any luck, these two singers will match the success of the “Djadja” remix — Maluma recently re-worked the two-year-old single from French-Malian singer Aya Nakamura, and it is now earning more than 1.5 million streams a day on Spotify alone.

Legend eyed global dancefloors on the title track to his latest album, relying on the great Jamaican producer Di Genius to create a lean, pingpong-ing beat that could find a home in clubs around the Caribbean. The brother duo Mau y Ricky hopped on the single’s remix this week, peppering their Spanish verses with compliments and come-ons. Legend always tends to pitch his voice towards the rafters, but Mau y Ricky prefer a more personal approach, as if they’re crooning right in your ear.

LastMonday, a Dominican rapper from the Bronx, toggles seamlessly between throwback hip-hop and hard-nosed contemporary reggaeton on his new mixtape. The grimy bass line on “Gato De’lla” wouldn’t be out of place on a retro boom bap single; “KittyKat” pays homage to 50 Cent’s “Many Men (Wish Death);” “Montando” relies on the same sample as DMX’s “Ruff Ryders’ Anthem” — and that’s just the first three songs. Elsewhere fans will catch snatches of Mike Jones’ “Still Tippin,’” 2pac’s “Ambitionz As a Ridah,” and Ja Rule’s “Always on Time.” LastMonday keeps the songs short and uptempo; all the familiar samples are a crutch, but they’re also ruthlessly effective.

English pop star Dua Lipa makes her first foray into the reggaeton pop universe in a new track with J Balvin, Bad Bunny and Tainy, titled “Un Día” (“One Day”). In English and Spanish, Dua Lipa and Balvin share a call-and-response between estranged lovers; Bad Bunny enters the picture, giving voice to their fantasies of the future. “One day you’ll love me again,” sings Dua Lipa, over a downtempo dembow. “One day you’ll realize I’m more than your lover/I’m your friend.”