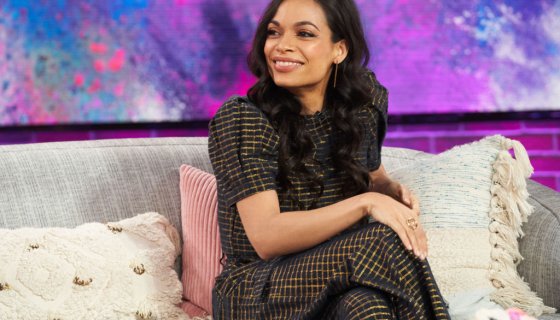 New Jersey Senator Cory Booker may not be in the race for the White House anymore, but at least his wifey, continues to flourish in her field as the OG actress from New York has just been cast to play a fan favorite character from the Star Wars universe.

Variety is reporting that the Sin City actress has been chosen to portray the live-action version of the lightsaber-wielding Ahsoka Tano, in the upcoming second season of Disney+’s smash hit Star Wars spinoff series . After spending several years in animated form on Star Wars: The Clone Wars series, Tano will finally be making her live-action debut co-starring next to interplanetary gunfighter who introduced us to Baby Yoda (he’s not Yoda though).

Variety has confirmed. Tano is Anakin Skywalker’s apprentice and one of the central characters in the popular animated “Star Wars” series. This will mark the character’s first live-action appearance, after being voiced by Ashley Eckstein on all seven seasons of “Clone Wars,” the final season of which is currently airing on Disney Plus.

Yeah, that next season of The Mandalorian is gonna be all kinds of lit.

Though the second season of The Mandalorian was slated to hit Disney’s streaming service this coming fall, the coronavirus outbreak has halted production all across the board, so no word on whether or not that’s still going to be the case.

Still, at least we have something to look forward to once life goes back to normal… whenever that may be.