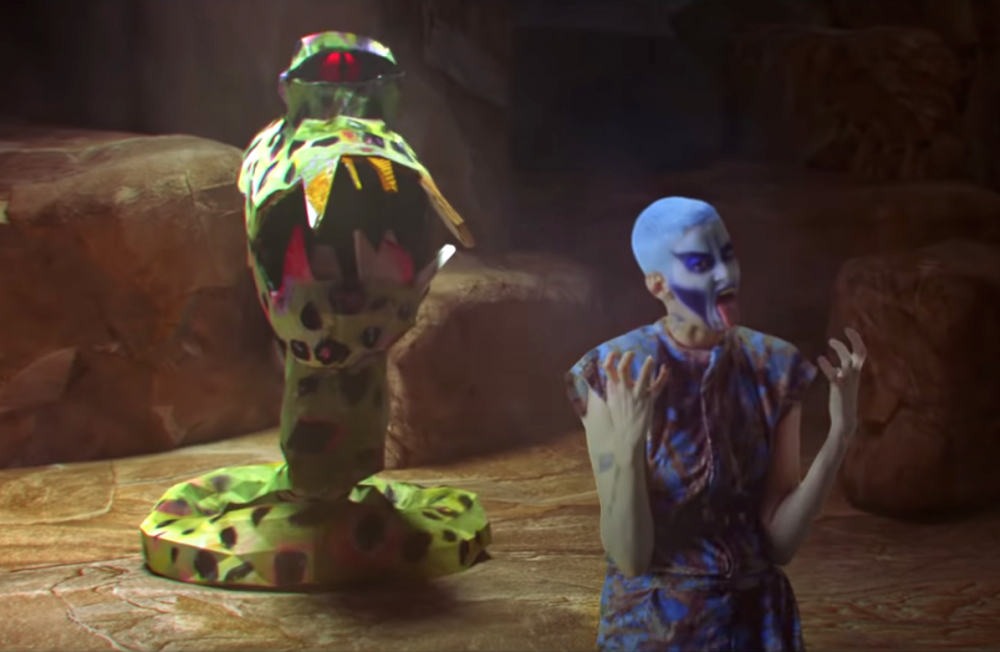 The award-winning queer Dominican author Rita Indiana makes a blazing comeback to the rap game with her latest track, “Como Un Dragón,” the lead single from Mandinga Times, her first new album in 10 years. Set for release in June, the album was produced by her San Juan neighbor Eduardo Cabra, a.k.a. Visitante of Calle 13.

A freakish combo of dembow and hard rock, “Como Un Dragón,” or “Like a Dragon,” sets the scene for Rita’s epic reintroduction. “There is a darkness cloaked in comedy,” the artist explains in a press statement. “It has layers of Caribbean folklore and electronica. The result reflects my admiration for the theatricality of bands such as Os Mutantes, Aramis Camilo and Iron Maiden.”

In the new music video, directed by Noelia Quintero, Rita plays a blue-haired trickster wreaking havoc from inside her neon desert palace. “I mixed the trauma of post-Hurricane Maria, German expressionist cinema and an avalanche of content gathered over the past 10 years to create a universe of paper and 3D animation,” Noelia says. “In this universe, living beings coexist with lethal technology which La Montra develops in her musical lab.”

Following the release of her 2010 breakthrough LP, El Juidero, Rita Indiana turned to writing critically acclaimed novels in Spanish, such as PAPI and Tentacle, which thoroughly dissect the relationships between gender, class and race in Caribbean society. Her sixth novel, Made in Saturn, is due for release in 2020 via British publisher And Other Stories.