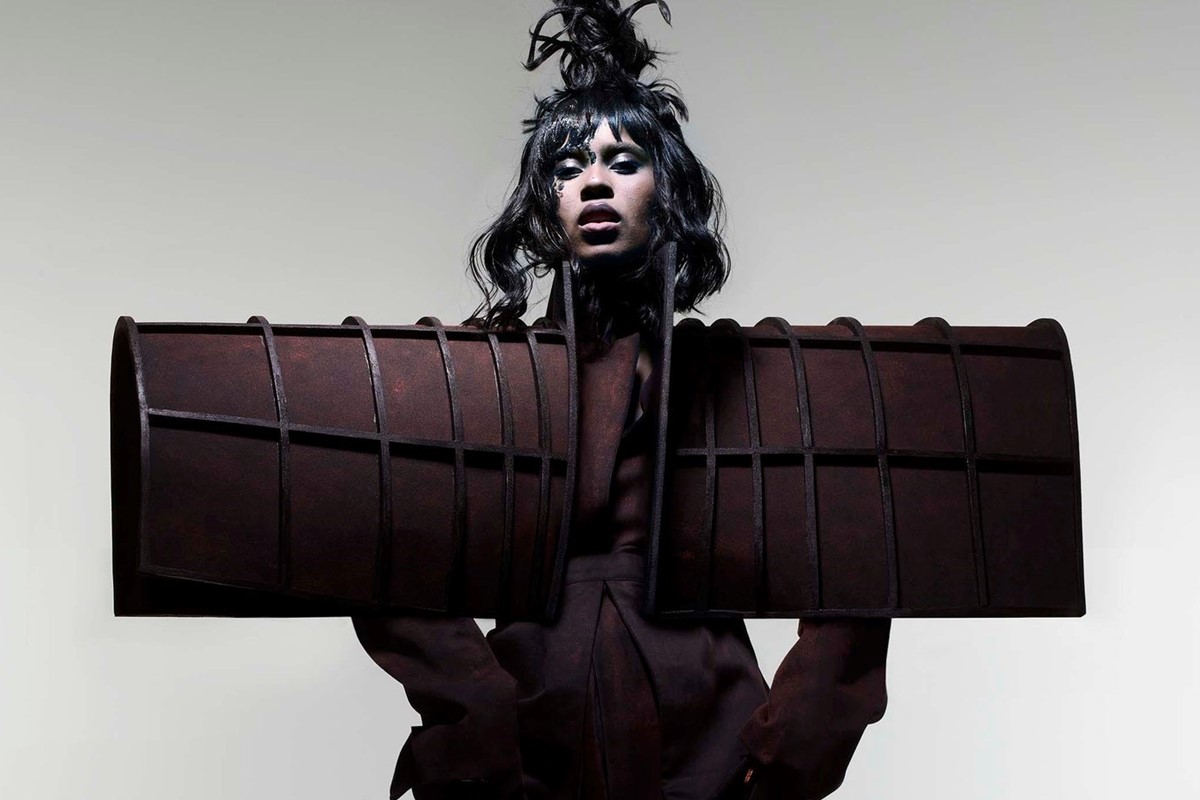 Having dipped from the established fashion week schedule after throwing a raucous ball in honour of good friend Judy Blame for SS19, Gareth Pugh is back, baby. Ahead of LFW (which kicks off on Friday, FYI), the iconoclastic designer has debuted a multidisciplinary new project: The Reconstruction.

Among them are the likes of musicians Rina Sawayama and IAMDDB, artists Sakeema Crook and Jenny Bastet, performers Finn Love and Georgie Bee, and models Jade O Belle and Georgia Moot. “The people you’d wanna hang out with or have next to you in a fight,” the designer told Vogue. Set against the backdrop of the last six tumultuous months, the whole thing will go on show at Christie’s in London from today.

While the collection featured within the films will not go into production (which is a shame as, as per usual, those silhouettes are iconique) Pugh is set to release a limited edition capsule designed in collaboration with Melissa Mehrtens, which features images from The Reconstruction. All profits from the line, as well as ticket sales for the exhibition itself, are set to be donated to Refuge – the vital British charity supporting women and children subjected or vulnerable to domestic violence.

Of course, just because Pugh hasn’t been popping up on the fashion schedule across the course of the last few years, it doesn’t mean he’s been resting on his creative laurels. Last year, the designer and his husband and partner Carson McColl embarked on a journey across the UK, in which they met with grassroots LGBTQ+ activists to create a poignant documentary, Soul of a Movement, before revisiting some of the individuals featured in 2020 for a short film exploring the hardships the queer community was facing in light of the coronavirus pandemic.

The two also debuted Queer Nation – a digital platform celebrating 50 years of Pride that, as it grows, will map out an interactive image of LGBTQ+ culture across the UK.

Check The Reconstruction out in the gallery above, grab tickets for the Christie’s exhibition here, and watch a trailer for the feature film below.