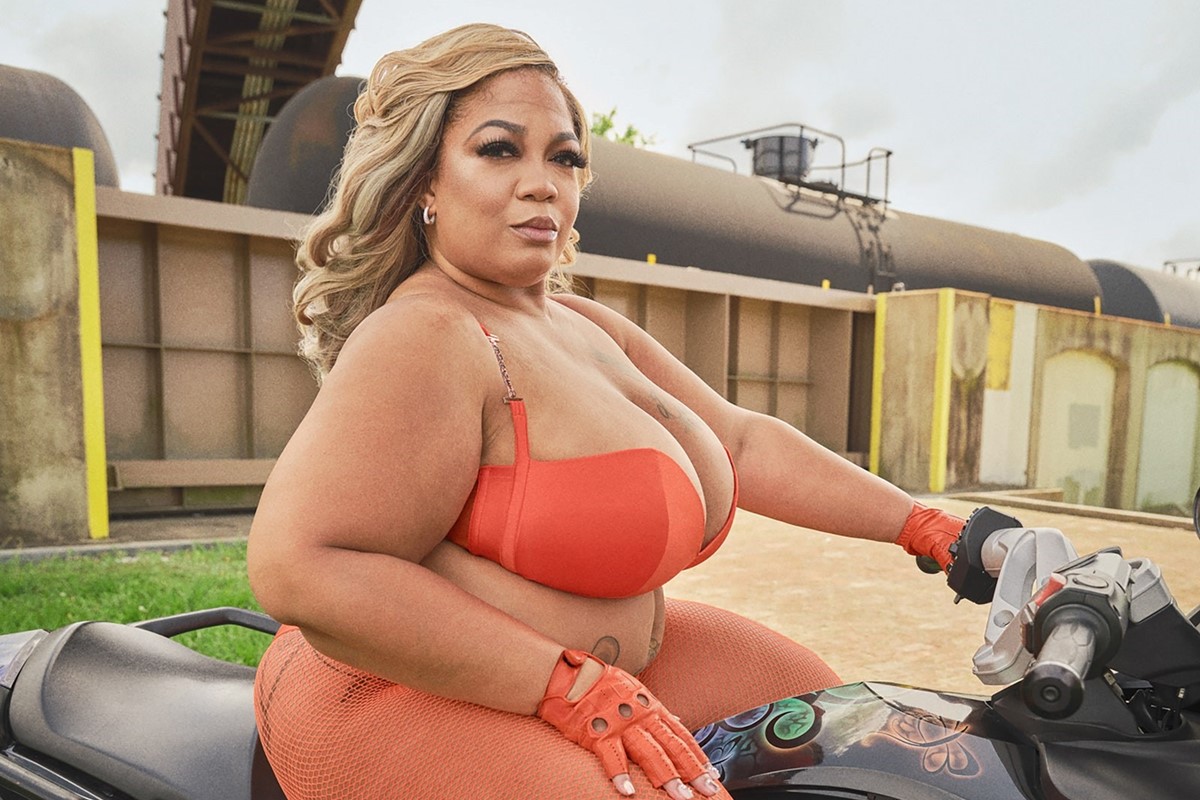 Shut up and drive! The lingerie-clad Caramel Curves put heels to wheels in the label’s summer campaign

Founded by Nakosha “Coco” Smith and Shanika “Tru” Beatty in 2005, the Curves were lensed by Shaniqwa Jarvis, riding their petrol guzzlers in fishnet body stockings, lacey opera gloves, and floral bustiers – which, according to Smith, is not too dissimilar to their everyday looks. “We are always blinging and glistening. Anything sequins, rhinestones – we’re going to wear it,” she told Vogue. It’s a world away from all the leather vests and handlebar moustaches of traditional bikers, but that’s just the point. “I’ve watched a million men fall that had no heels on, so having a set of heels can’t be too bad. Maybe they need to try some heels.”

“This is our look. When you come in, be prepared to look this way. You’re gonna have to wear heels, sexy clothes, be cute. Get it together. We don’t want to look regular,” Smith continued. It’s little wonder then, as to why the Curves attracted Rihanna’s attention, one of whom, the singer-cum-mogul had already spotted on an episode of Bridezillas. Of course, it’s not the first time Savage’s casting has shook the table, recently tapping its first little person ambassador and casting models with limb differences. As Rihanna herself says, “the Caramel Curves show the world what being a badass boss is all about, while bringing sexiness along for the ride.”

The collection is now live on the Savage x Fenty website, and comes just a week before the release of Rihanna’s debut Fenty fragrance. Click through the gallery above to see more of the Curves in action.