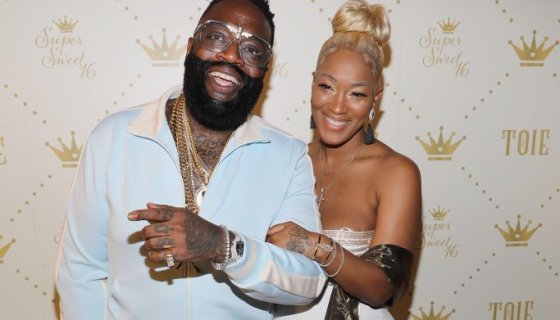 The mother of ‘ younger children is taking the rapper to court and has sued the Bawse in order to legally name him as their children’s father and to establish court-ordered support for them.

According to Bossip, the MMG honcho is being sued by ex-girlfriend for both temporary and permanent child support for their two children. The pair currently share toddler sons and , but Camille also revealed in the same court documents she’s pregnant with their third child.

The pregnant social media influencer also noted that although they were never married, she’d been living with and their two kids for the last two years before their abrupt split at the end of 2019, when she left his home and decided to raise their children on her own; adding that Ross previously signed the older two kids’ birth certificates.

According to court documents, is now seeking to establish paternity, a set support schedule, and have her lawyer’s fees taken care of ahead of their third child’s upcoming birth in the fall. However, Ross’ lawyer said he was the one who initially reached out to her to take a DNA test and he’s been consistently supporting the children in question.