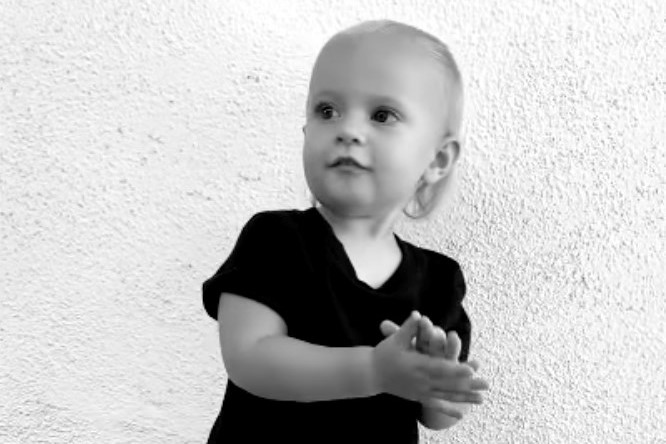 Chock-full of hard, concrete corners and spluttering smoke machines, Rick Owens’ underworld may seem inhospitable to young life – barren even – but it’s children who have the darkest side of all. So, the designer is finally welcoming devilish offpsring into the underbelly, christening the moment with toy-sized versions of his trademark Geobasket sneakers. The long-tongued shoe has been sized-down from Rick Owens’ AW21 collection Gethsemane but unfortunately, and quite cowardly, the designer has yet to release toddler-sized iterations of his signature Kiss platform boots. No pentagram nappies to be seen, either.

In the past year, a prolific number of designers have founded childrenswear ranges. And word on the street – Bushwick, Williamsburg – is that nimble-framed women are now buying all their cashmere sweaters, mules, and nunnish skirts from The Row’s newly-established and only slightly more affordable kid’s line. See also the envy-inducing SSENSE offshoot, which caters exclusively to hypebeast scions, offering shrunken-down pieces from KNWLS, Marni and Balenciaga.

Beyond his legions of young fans, the designer has a stepdaughter, Scarlett Rouge, with his life partner Michèle Lamy. An artist in her own right, Rouge’s work includes glass-trapped ghouls and alien, stalactite sculptures. Which figures. And, just before the pandemic hit, Rouge gave birth to a baby, Nicée Lucia, who turns two in December and fronts Owens’ first foray into childrenswear. As she claps her tiny hands and bounces about in babygeos, can we consider the famously gothic designer thawed? Have her chubby cheeks and itty-bitty toes perhaps cooled a venal streak? Her puppy dog eyes softened the edges of his rough-hewn pattern cutting?

Probably not. Check out Rick Owens debut childrenswear offering here and look back at his body-baring SS22 collection in our Paris Fashion Week round-up.