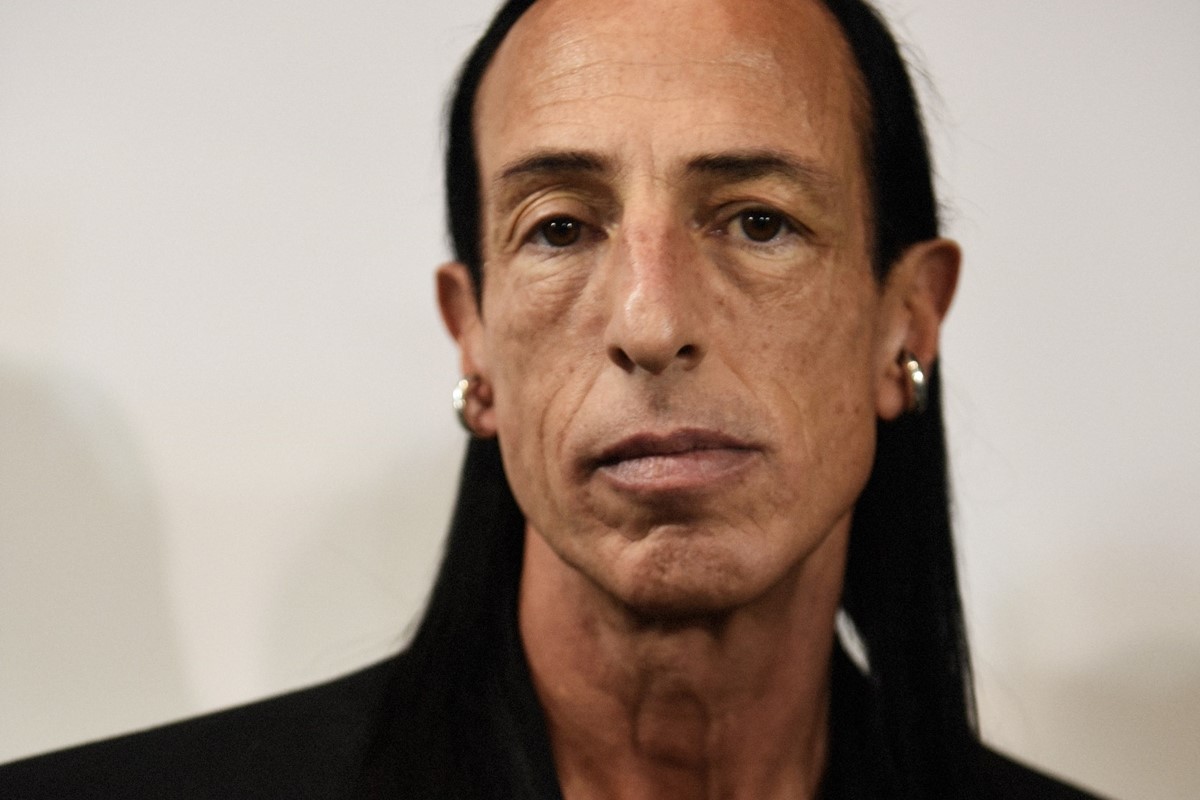 Plus star signs, Starbucks, and sexuality, in a new conversation with AnOther

As wonderful as it is to hear designers enthusiastically wax lyrical about their inspirations and influence, and emphatically discuss their collections, sometimes, we just want to know the mundane shit that goes on beyond the glitz and glamour of the runway. What does Simone Rocha watch on telly? Where does Vivienne Westwood do her grocery shopping? Is Virgil Abloh a cappuccino or a cortado kind of guy? You know: that sort of thing.

Satiating this hunger now is Rick Owens, who sat down with Ludovic de Saint Sernin for an enlightening conversation with AnOther ahead of the launch of their new zine TYRONE BY RICK FOR LUDOVIC. With Owens himself getting behind the camera, the publication is made up of grainy, lo-fi images of longtime muse Tyrone Susman wearing skimpy pieces by de Saint Sernin and is all kinds of sexy.

As well as talking about all the expected things, including their respective creative processes, what they admire about each other, and how the project came about, they also delve into what they eat for breakfast, what they order from Starbucks, their star signs, and self care (honestly, someone sign these two up for a Goop collab?)

With Owens revealing he just has a coffee for breakfast, apart from when he’s at his factory, where he indulges in “a big juicy slutty apricot croissant” (lol), de Saint Sernin reveals his Starbucks order and how much he loves cheese, pasta, and wine. “I’m very French in that way, all the delicious pleasures,” he adds, and, well… mood. After they’re done talking about food, they also delve into their workout routines and how they keep their bods so ripped, with Owens listing his self care routine as a healthy balance of getting plenty of exercise, eating cake, and smoking cigs.

The conversation brings back memories of Raf Simons’ debut Prada collection and the moment he sat down with Mrs. P post-show to answer a series of submitted questions. With plenty of people asking standard stuff like how they were finding working together and what the inspo behind the offering was, one fan simply wanted to know what they drank when they got up in the morning. “Coffee!” responded Simons, before going on to reveal his Coke Zero addiction. Meanwhile, Miuccia stressed the importance of downing plenty of H2O, and honestly, inject info like this into our veins.

Head to AnOther to read the full interview and probably never be able to look at a croissant without thinking about Rick Owens description again.

Revisit Owens’ AW21 collection Gethsemane in the gallery below and read more about it here.