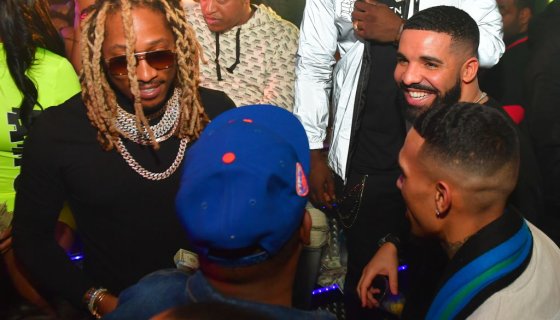 In the era of music streaming, few Hip-Hop stars have occupied the top spots in the manner that Drake and Future appear to do so at will. recently released its 2020 mid-year report and shared that the pair’s collaboration is the top digital single of the year thus far.

Via an infographic, the Recording Industry Association of America laid out the songs and albums that moved the needle from the top of the year to the midpoint we’re under now.

For the past six months, Future’s “Life Is Good” featuring Drake has gone five times platinum, thus it was crowned as the Top Digital Song for 2020. Other notable Hip-Hop top sellers include Lil Baby’s My Turn, now certified platinum, Lil Uzi Vert’s Eternal Atake, also certified platinum, with Future’s High Off Life and Eminem’s Music To Be Murdered By both certified gold.

In today's modern music business, it's hard to break through all the noise. More than 40K singles are uploaded to music streaming sites daily & only 3️⃣6️⃣ singles & 7️⃣ albums were Gold & Platinum Certified 📀💿 at Mid-Year 2020. https://bit.ly/RIAAMIDYEAR2020