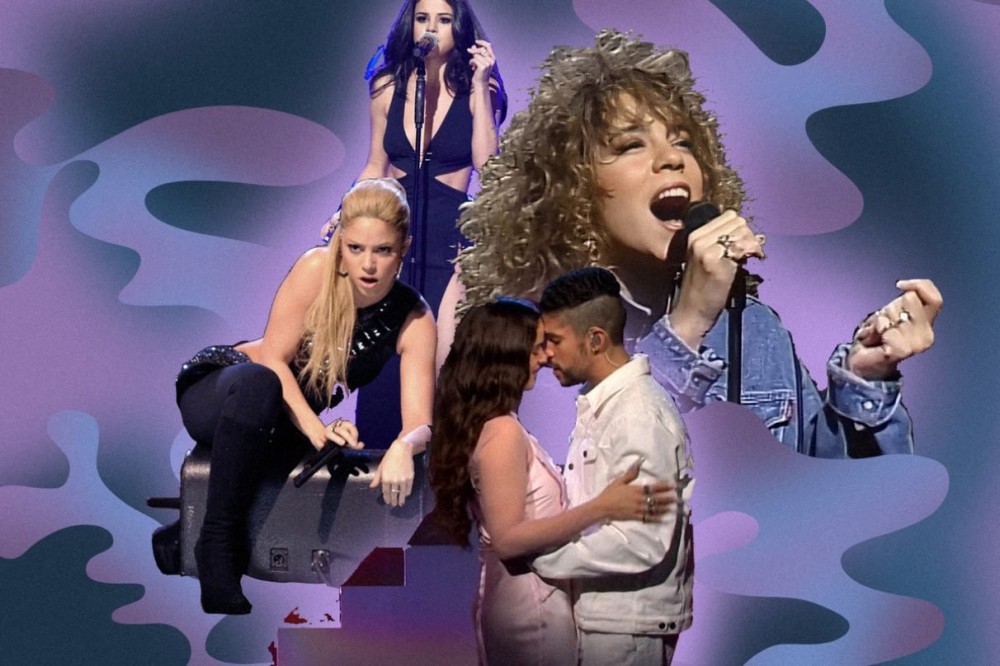 The performance proved to be a chemistry creator reminiscent of when Lady Gaga and Bradley Cooper had everyone thinking they were falling in love in real time during the 2019 Oscars telecast when they sang “Shallow” together.

As the music winded down, Bad Bunny and Rosalia started to inch closer to one another as the reggaeton singer put his hand out to grab her around her mid-section. Rosalia returned the favor and put her hand on his arm and the two got up close and personal as the instrumentals of the song continued to play.

Of course, it was all for show as both musicians brought their lips as close as possible without actually kissing. They ended the song with an embrace and some laughter as the SNL audience cheered on.

Because the performance was so steamy, some people wondered and joked about what Bad Bunny’s girlfriend Gabriela Berlingeri was thinking when she saw the duet.

Nevertheless, it was a solid debut for Bad Bunny and Rosalia on SNL. Based on the reaction from fans, Bad Bunny will likely follow other Latino musicians, who have been invited back to SNL, like Jennifer Lopez, Bruno Mars and Shakira.

Did you know Bad Bunny’s performance came 45 years after the very first Latino musical guest, Desi Arnaz, appeared on the show during the first season of SNL? Since then, other Latino musicians who have graced the stage at least once include Santana, Linda Ronstadt, Ricky Martin, Los Lobos and Marc Anthony, among others.

Here’s a look at seven Latino performances on the long-running variety show throughout the years.

After mustached host Patrick Swayze goofed up her introduction a bit, Carey made her debut on SNL during October 1990 (Season 16) with a performance of “Vision of Love.” Dressed in a denim jacket, Carey showed off her range, which has carried on for the last 30 years. She would return to SNL three more times after this—in 1991, 1997 and 2008.

Sporting some cool permed hair, Aguilera sang “I Turn to You,” a song written by Diane Warren and originally recorded by R&B quartet All-4-One. It was her first invite to SNL and took place in April 2000 during the show’s 25th season. Aguilera would return to the SNL stage in 2003 and 2006.

When the Colombian singer performed the song “Did It Again” on SNL in 2009, she had already performed twice before on the show—in 2001 with Bubba Sparxxx and in 2005. “Did It Again” was her second song of the night. She sang “She Wolf” earlier in the show. During both songs, her hips didn’t lie.

Mars’ October 2016 performance was his third on SNL. He had been on the show before, once in 2010 and another time in 2014 alongside Mark Ronson. Mars didn’t start singing “24K Magic” from the stage. He stepped out of his dressing room and made his way to the audience with his posse behind.

Introduced by late actor Chadwick Boseman (Black Panther) during her April 2018 show, Cardi B sang “Be Careful,” a single from her debut studio album Invasion of Privacy. The performance was extra memorable because she confirmed her pregnancy by coming out during her second song showing off her baby bump dressed in a white Christian Siriano gown.

Gomez’s January 2016 performance of “Hands to Myself” during SNL’s 41st season started with her lying in bed before rising up and singing lyrics like, “So come on, give me a taste/Of what it’s like to be next to you. Won’t let one drop go to waste/Your metaphorical gin and juice.” Then, she gets handsy with some dude in a black tank-top before it turns into a late-night-TV-friendly ménage à trois.

During Cabello’s second song of the evening on SNL, she sang “Easy” from her second studio album Romance. Before Bad Bunny performed last weekend, she was the last Latino singer to make it to the SNL stage. That was 16 months ago in October 2019.