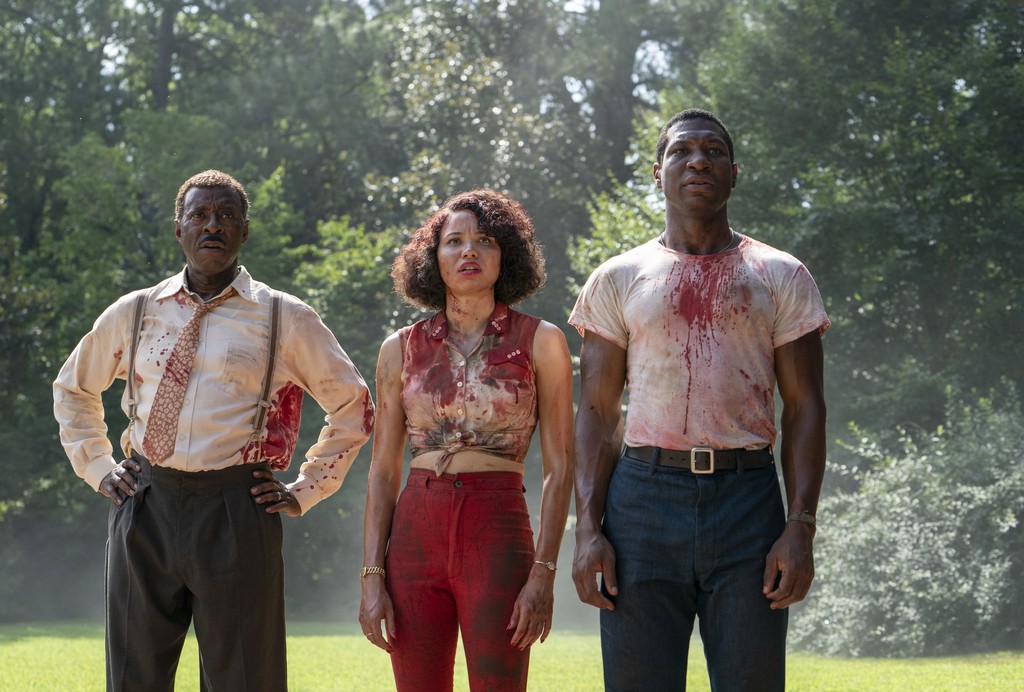 There is a moment early on in Jamie Foxx’s Netflix thriller, Project Power, that gave me pause. His character, Art, has abducted a young girl and has her trapped in the trunk of a car. Out of context, it’s high on creep factor. Art is desperate for answers and aggressively trying to reason with her as her muffled screams echo from the trunk. However, we know that the young lady, Robin (played by Dominique Fishback), has been pushing a drug called “Power” that grants the user five minutes of unpredictable superhuman ability. The creators of the capsule have kidnapped Art’s daughter, Tracy, and Robin is his only link to finding her.

The juxtaposition is deliberate. This very intimidating man is turning the screws to this high school girl and justifies it because his little girl has been abducted. As a father, the scene attacked both hemispheres of my consciousness. I simultaneously empathized with his drive to rescue his daughter but was also taken aback at his treatment of the young lady half his size cowering before him clad in a Wu-Tang t-shirt and boots. The ends justifying the means is a recurrent theme in the film, as Robin is selling drugs to raise money for her ailing mother’s surgery. Higher up the food chain, the bad guys justify their misdeeds by claiming to “advance human evolution.” Even the cops (like Joseph Gordon-Levitt’s character, Frank) use the drug to even the odds with the bad guys.

Everyone has an agenda and tows that line between individual progress and the “Greater Good.” It’s the stuff that good comic books and comic book-like films are built on. However, it struck a stronger chord with me as I sat in my house scrolling the news about a pandemic currently gripping the globe and dividing a nation in unprecedented ways. The needs of the individual verse that of the whole are being weaponized and politicized daily, leaving a lot of us feeling like both Art and Robin. Who you think is right depends on which side of the trunk you happen to occupy at the given moment.

As films go, Project Power is just ok. There are bright spots, like Robin’s extemporaneous rhymes courtesy of Alabama rap phenom CHIKA, and Fishback’s intense but humorous portrayal of a streetwise teenager in over her head. But as a superhero vehicle, it’s pretty much Taken meets Limitless coated in a fog of Terrigen Mist. Jamie Foxx as the ex-soldier on a parental rampage is at his most brutal, impaling henchmen on ice sculptures and clipboards leaving a trail of blood across New Orleans. They dangle the revelation of his superpowers until the very end but by then you’re just ready for the movie to be over anyway. As for the city, New Orleans is lazily represented by football fans grunting copy and paste colloquialisms in the streets and the outraged citizenry calling into the local radio station to report the latest superhuman sighting. Quibi’s series #FreeRayshawn does a much better job of approximating the Big Easy’s unique charm and movies like Fast Color and The Old Guard are more compelling depictions of what it’s like for everyday people to manage the responsibility of extraordinary abilities thrust upon them.

But, for me, the biggest failing of Project Power is that it stops just short of exploring the implications of race in the storyline given the material and the cast. Jamie’s Art falls back on a predictable shaming of Robin for her choice to sell drugs, while acknowledging that the system is set up for her to fail as a Black woman. In the same breath that he suggests she join the Army to solve her problems, he reveals that it was the military that turned him into a human guinea pig, setting off this chain of events in the first place.

The most egregious treatment of race in the film is a ham-fisted nod to the violation of Henrietta Lacks, a Black woman whose cancer cells were stolen from her body in the 1950s and used as the foundation for countless medical breakthroughs from that point on. The intersection of class, race, medical impropriety, and government accountability is as relevant in 2020 as it ever could be, but the directors, Henry Joost and Ariel Shulmna—of Catfish fame—squandered this opportunity to connect the dots in a meaningful way.

On the flip side is HBO’s latest foray into historical fan-fiction (hot on the heels of their Emmy nominated Watchmen series), the Misha Green helmed Lovecraft Country. The series is based on the 2016 novel by Matt Ruff and stars Jonathan Majors, Jurnee Smollett, and Courtney B. Vance. Like Foxx’s Art, Majors is an Army veteran named Atticus Freeman who is on a search of his own to find his missing father, played by Michael K. Williams. But where Project Power dwells in the superhuman, Lovecraft deals in the supernatural, blurring the lines between real-life monsters of the Jim Crow south and the ones of folklore. But more significantly, where Project Power dabbles in the significance of Blackness with a capital B, Lovecraft brims with the visual, musical, and historical contributions of African-Americans in the 1950s and how their treatment by the agents of white supremacy is an evil unto its own.

After just one episode, Green has established a world where Black people get to be their own heroes, armed only with knowledge and an indomitable will to traverse the roads of the very country they helped to build. When Atticus returns to his hometown of Chicago, we are treated to the sounds and sights of Black joy, but it is pierced by the sight of an Army recruiter preying on its jobless citizenry, imploring them to sign on the dotted line. The same predatory behavior that Art calls out in 2020. Not much has changed.

Courtney B Vance—who, coincidentally, also appears in Project Power—is used to much better effect here as Uncle George, the publisher of the Green Book, a travel guide for Black motorists seeking safe lodging. This is just one of the cultural signifiers, along with speeches by James Baldwin and photography by Gordon Parks, that makes Lovecraft Country feel more like a love letter to Blackness than a postcard. I saw myself without compromise in the love, fear, and hope that the characters brought to each interaction. George’s young daughter Dee is an aspiring comic book artist who sends him off with a new collection before each trip and I couldn’t help but think of my own daughter who I recently escorted to a craft shop to procure a 50-pack of gel pens for her to sketch with. But Green takes these moments a step beyond mere representation, as Dee’s choice of fictional heroine delights her mother, Hippolyta, named after the Queen of the Amazons. This hopefully hints to a more significant tie-in down the line but delights the comic book fans who know her as Wonder Woman’s mother.

By the end of episode one of Lovecraft Country, we learn that Atticus Freeman is searching for more than his father, it’s a birthright that he is owed. His lineage has a significance that is yet to be uncovered and the revelation that monsters dwell amongst them raises the survival stakes. In Project Power, Art and his daughter Tracy suffer the exploitation of their very DNA, but Atticus hopes that his will lead to his salvation; “I don’t contemplate, I meditate, then off your fucking head…” Family business has already been drummed into the subtext of this origin story. I have a feeling that Atticus will have some hard decisions ahead as well, based on the tension that already exists among his kinfolk. But I’ll be rooting for him every step of the way.