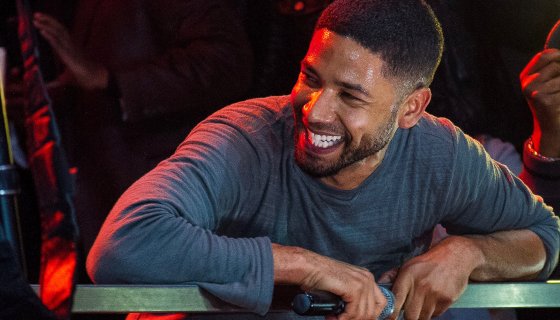 Jussie Smollett is back, and all it took was the to bring him back into the world.

Following his alleged “hate crime hoax,” where the Chicago police claimed he paid two brothers to assault him and put a noose around his neck, Jussie Smollett has been practicing self-isolating before it became the norm. The former Empire actor has decided to return the world while most are trying to hide from it.

Following all of the shenanigans that took place back on January 29, 2019, Smollett subsequently deleted his social media and was given the boot from the hit Fox show Empire. Now, surprise… he’s back and hit his Instagram account to bless those who missed with him with the gift of music.  In the post he dropped the caption:

Now, what is the significance of day 421? Well, it’s been 421 days since he went into hiding after making a fool out of himself, allegedly, in Chicago.

Hope y’all are staying safe. Spread love and kindness… not Rona. Bro @davidmichaelott on 🎹 (I swear Imma learn this before I walk outside) 😷🙏🏾😩

2020 has been one hell of a year, to say the least. As far as his case, earlier in the month, Smollett to have the new charges he is facing dropped. He will now have to face those updated charges as the city of Chicago is looking to make him pay for wasting their time with the alleged racist, homophobic attack he reportedly staged.

Welcome back though Juicy.