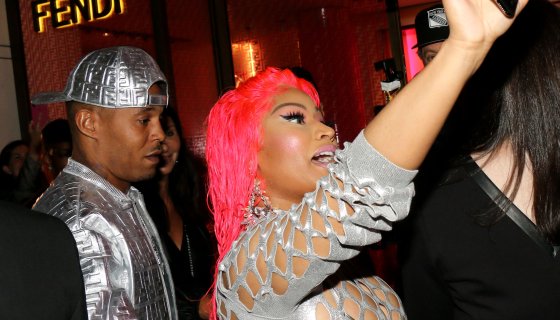 We figured that wouldn’t really stick. After being AWOL for months, Nicki Minaj returned to Instagram with pink hair and her hubby in tow—and she has new music on the way, too.

Last year in September, to focus on family, having just married Kenneth “Zoo” Petty and whatever. Soon after she says it wasn’t a retirement retirement, so life went on, then she stopped posting on IG.

Her last IG post back in November was a Harriet Tubman quote that Harriet Tubman never actually said. But today (Jan. 30), she post a pic of herself in a tight bodysuit and another with her hubby by her side, while being sure to show off her derriere. And also, the hair is pink.

The rumors are true 😏 #NiceToMeetYa featuring my QUEEN @NICKIMINAJ …out on Friday! pic.twitter.com/pDNlnP6fZU

Also on the way is a Nicki Minaj feature on Meghan Trainor’s new single, “Nice To Meet Ya,” that’s supposed to be dropping on Friday, Jan. 31.

Guess that retirement has been put on indefinite hold.