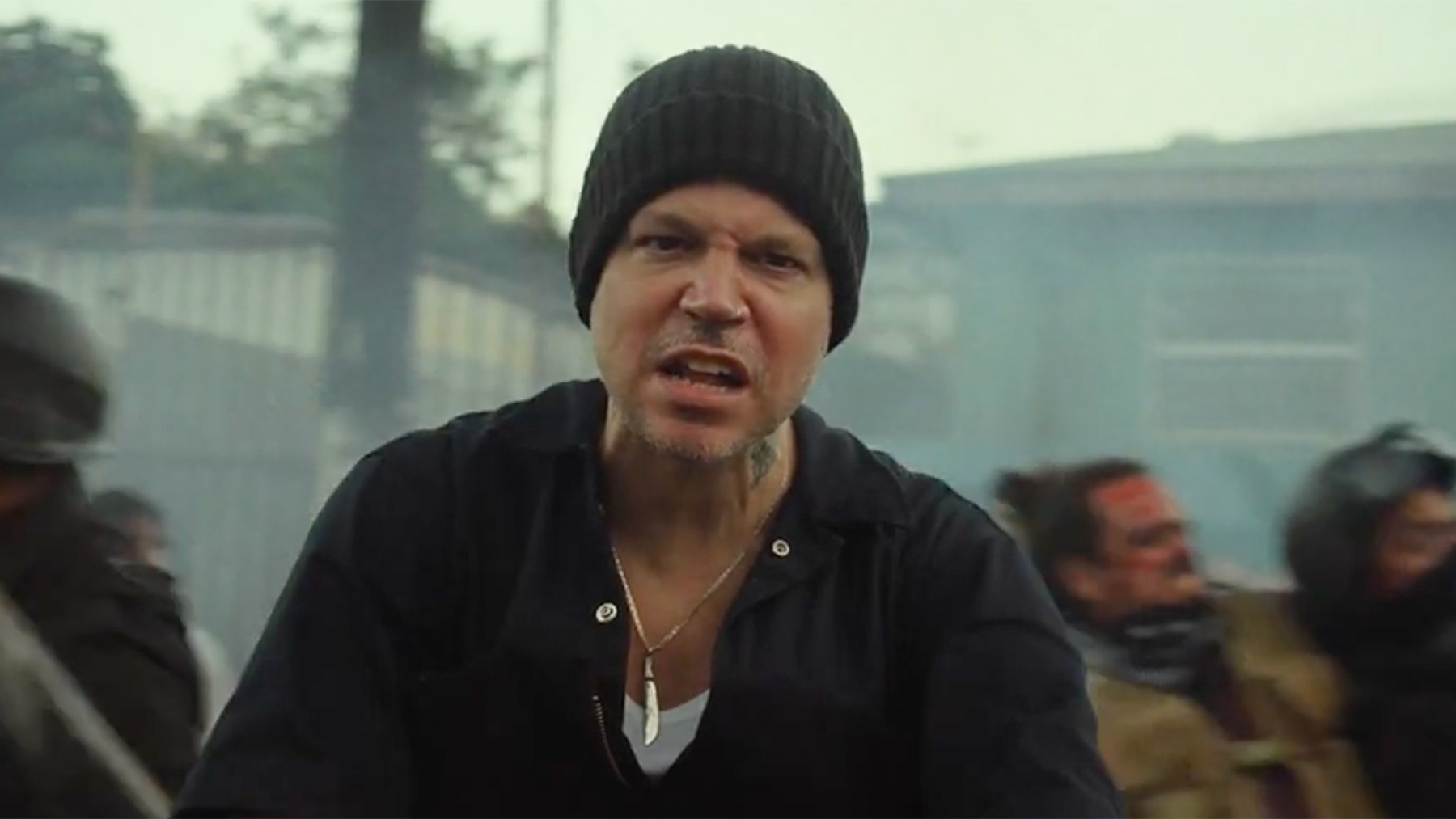 If his recent diatribes haven’t made it clear by now, the Puerto Rican rapper Residente rarely holds back when it comes to saying how he feels. But on his detonative new track “This Is Not America,” he’s not focusing on other artists or what he sees as failures of the commercial music industry — instead, he channels his rage toward the violence and arrogance represented by the word “America.”

The track, which features vocals from the French-Cuban twin duo Ibeyi, is a blistering, heated rejection of U.S. imperialism and the country’s history of exploiting and erasing people from across Latin America and the Caribbean. “For a while, since you guys arrived, the prints of our shoes were already here,” he raps. He points out the hubris of the U.S. calling itself “America,” when that term also applies to two entire continents, saying, “America is not just U.S.A., papa, this extends from Tierra del Fuego to Canada.” The video for the song intensifies his message with brutal image after image of the suffering caused by the U.S. He evokes painful family separations at the border, profiteering off the land of indigenous people, and corporate and commercial greed.

The visuals are explicit and should come with a necessary trigger warning (one scene that seems to nod at the memory of the slain Chilean artist and activist Victor Jara shows a musician being shot in the head). And though it might feel like a shock to the uninitiated, “This Is America” is a look at the inequalities so many people have been fighting for decades.

It’s the first track Residente has dropped since the eight-minute Bizarrap freestyle in which he went after the Colombian artist J Balvin. Last year, he released “Rene,” a song that discussed his battles with mental health and depression.