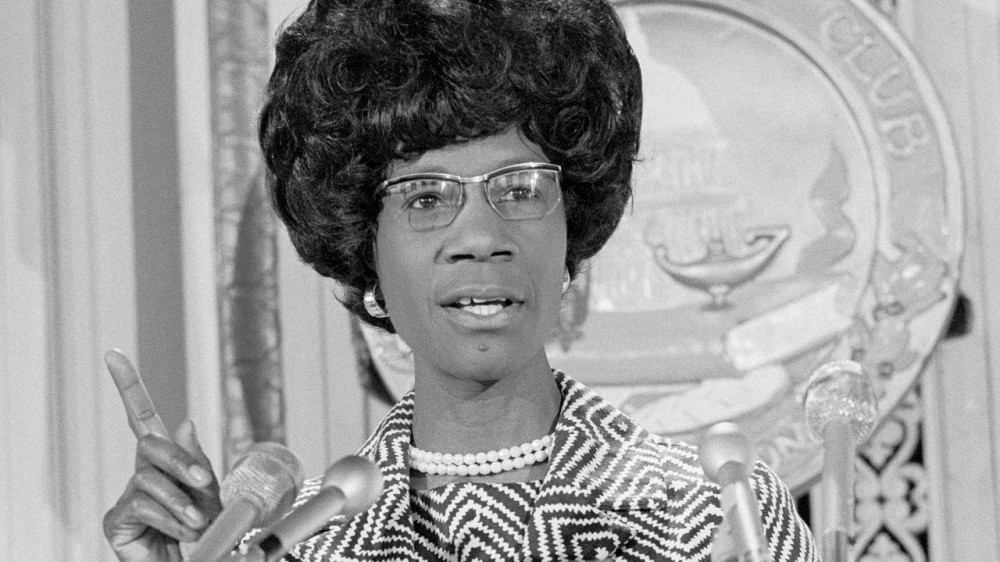 Inauguration Day was full of intentional fashion statements, but few were as poignant as Representative Barbara Lee’s. The Congresswoman from California’s 9th district wore pearls previously owned by Shirley Chisholm, the first Black woman elected to U.S. Congress and the first woman to run for the Democratic presidential nomination. On twitter, Lee wrote “On this historic day, I’m wearing Congresswoman Shirley Chisholm’s pearls, given to me by her goddaughter, who said that her godmother “would not want it any other way.”

Because of Shirley Chisholm, I am.

Because of Shirley Chisholm, Vice President Harris is.”

As noted in her post, it was a beautiful gesture to bring Chisholm’s legacy to the ceremony where Vice President Kamala Harris was sworn in as the first woman and the first woman of color to hold that office. But it wasn’t the only reference to Chisholm at the day’s ceremony. Poet Laureate Amanda Gorman stunned in a yellow coat, red Prada headband, Nikos Koulis earrings, and an Of Rare Origin ring. The colors mimicked the ones Chisholm used in her presidential campaign (Harris, during her presidential campaign, also used the ’70s palette for her own branding). Gorman’s ring, meanwhile, was a reference to Maya Angelou’s poem “I Know Why The Caged Bird Sings,” and a gift from Oprah.

While the fashion may not be the most important part of the ceremony, these choices help us remember all the trail-blazers who lead the way to Vice President Harris’s historic election. And Chisholm certainly deserves to be honored on this day.