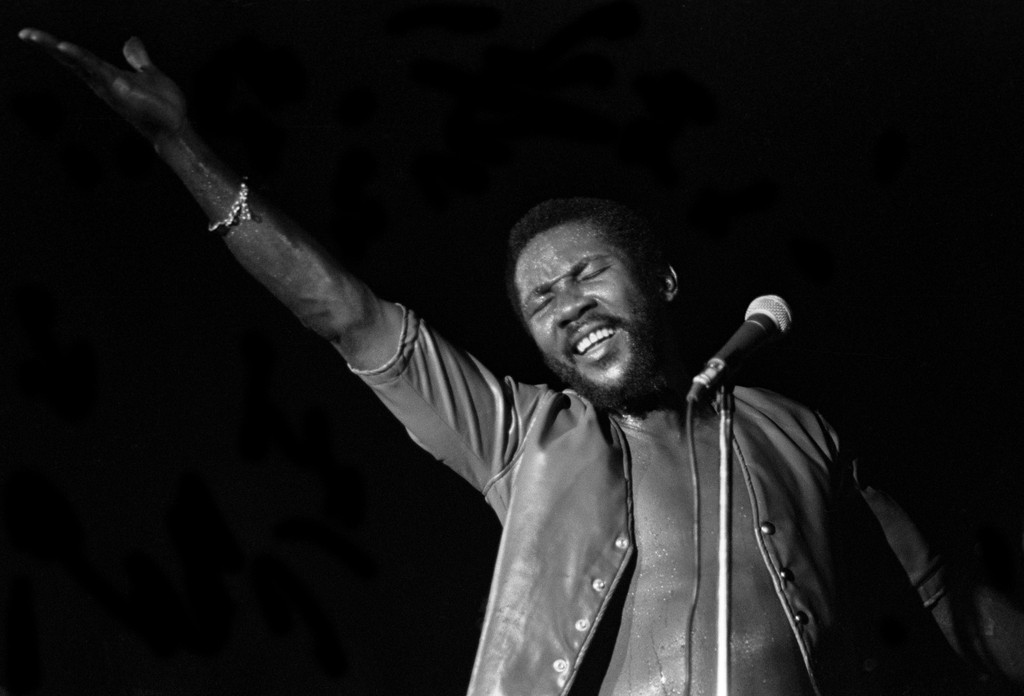 What a Bam Bam

The best singers don’t need too many words to make their point. Otis Redding could let loose with a sad sad song like “Fa-fa-fa-fa-fa-fa-fa-fa-fa” and get you all in your feelings. Bob Marley got pulses pounding with his “Whoi-yoooo” rebel yell. Gregory Isaacs melted hearts with nothing more than a gentle sigh. Toots Hibbert, who died last Friday at the age of 77, could sing just about anything and make it sound good. One of the world’s greatest vocalists in any genre, Toots paired his powerful voice with the understated harmonies of Raleigh Gordon and Jerry Mathias to form The Maytals, a vocal trinity that never followed fashion and remained relevant throughout the evolution of Jamaican music—from the ska era to rock steady straight through to reggae, a genre named after The Maytals’ 1968 classic “Do The Reggay.”

Whether they were singing a sufferer’s selection (“Time Tough”), a churchical chant (“Hallelujah”), or the tender tale of a country wedding (“Sweet and Dandy”), The Maytals blew like a tropical storm raining sweat and tears. The lyrics to Six and Seven Books,” one of The Maytals’ earliest hits, are pretty much just Toots listing the books of the Bible. “You have Genesis and Exodus,” he declares over a Studio One ska beat, “Leviticus and Numbers, Deuteronomy and Joshua, Judges and Ruth…” Having grown up singing in his parents’ Seventh Day Adventist Church in the rural Jamaican town of May Pen, Toots knew the Good Book well.

The Maytals broke out worldwide in 1966 thanks to the song “Bam Bam,” which won Jamaica’s first-ever Independence Festival Song Competition, held during the first week of August as the island nation celebrated both independence from Great Britain in 1862 and emancipation in 1834. They would go on to win the coveted title two more times, but “Bam Bam” was a singular song with a message every bit as powerful as Toots’ voice. “I want you to know that I am the man,” Toots sang. He was young and strong, ready to “fight for the right, not for the wrong.” The trajectory of “Bam Bam” would not only transform Toots’ life but make waves throughout popular music worldwide.

“Festival in Jamaica is very important to all Jamaicans,” the veteran singer stated in a video interview this past summer while promoting his latest entry into the annual competition. “I must tell you that I won three festivals in Jamaica already, which is “Bam Bam,” “Sweet & Dandy” and “Pomp & Pride.” Toots described that first festival competition as a joyous occasion. “Everybody just want to hear a good song that their children can sing,” he recalled. “Is like every artist could be a star.”

In 2016, on the 50th anniversary of “Bam Bam” winning first place, Toots looked back over the legacy of the tune that made him a star. “I didn’t know what it means but it was a big deal,” he told Boomshots. “You in the music business and you want to be on top and you write a good song and you go on this competition and if they like it then it becomes #1.” After The Maytals won, the group was in demand not just all over the island, but all over the world. “We start fly out like a bird,” he says with a laugh. “Fly over to London.”

“Bam Bam” went on to inspire numerous cover versions, starting with Sister Nancy, Yellowman, and Pliers. It would also be sampled in numerous hip hop classics, and interpolated into Lauryn Hill’s “Lost Ones.” But according to Toots, he did not benefit financially from these endless cover versions. “People keep on singing it over and over and over, and they don’t even pay me a compliment,” he told Boomshots. “I haven’t been collecting no money from that song all now.”

“This man don’t trouble no one… but if you trouble this man it will bring a Bam Bam” Original Maytals Classic @tootsmaytalsofficial 🎶 All them a talk, them nuh bad like Niya Fiya Ball ☄️🔥💥 via @tonyspreadlove . 💥💣🔫#Boomshots

When Toots began singing in his parents’ church, music was not seen as a career prospect, and the profits were slim for Jamaican recording artists in the 1960s. “Those days we get 14 cents for the record to play on the radio,” Toots said. “I get three shillings and five shillings for a number one record, which I had 31 number one record in Jamaica… It’s not about money for me. It’s about the quality that Jamaicans need to go back in the festival jamboree… You gotta talk to the children.”

On the poignant “54-46 (Was My Number),” Toots recalls the dehumanization of his arrest and 18-month imprisonment at Jamaica’s Richmond Farm Correctional Center for what he always insisted was a trumped-up ganja charge just as his music career was taking off. The song’s crescendo comes two minutes in when Toots breaks into a scat solo that cannot be translated into any language known to man, delivered with palpable passion that made his message universal. During Toots’ ecstatic stage performances he would follow this riff by commanding his band to “Give it to me… one time!” Then the ‘d make ’em say Uh!  (Way before Master P!) “Give it to me… two times!” Uh! Uh! And so on and so forth until Toots worked the place into a frenzy.

The Maytals’ live show was so explosive that Toots began touring all over the world, opening for rock megastars like The Rolling Stones and The Who. While Bob Marley richly deserved the title King of Reggae, his friend Toots was performing internationally before The Wailers, and remained a force to be reckoned with throughout his life, blazing a trail for generations of reggae artists to follow in his footsteps.

On his Grammy-winning 2004 album True Love, Toots recorded some of his greatest hits with a host of legendary artists, many of whom were also good friends, including Willie Nelson, Mick Jagger, Keith Richards, Bonnie Raitt, Sheryl Crow, and Eric Clapton. His 2006 cover of Radiohead’s “Let Down” was a favorite of the band’s, who used to play it on their tour bus. Radiohead guitarist Jonny Greenwood called Toots’ version “truly astounding,” according to Easy Star Records Michael Goldwasser.

Toots supported himself and his family by touring all over the world. During a 2013 show in Richmond, Virginia he was singing John Denver’s “Take Me Home Country Roads” when a teenager in the crowd threw a vodka bottle at the stage and hit him on the head. He suffered a concussion and had to stop touring for several years. As his first album in a decade, Got To Be Tough was highly anticipated when it was released on Trojan Jamaica label August 28. On the cover the former boxer and lifelong fighter can be seen throwing a punch. Just a day after the album dropped, Toots came down with symptoms similar to COVID 19. Within a few days he was hospitalized where doctors placed him into a medically induced coma from which he never recovered. As his Tidal obituary pointed out, he passed away exactly 33 years after his old friend Peter Tosh died by gunfire.

Songs like “Just Brutal” from the hit different now, with Toots pleading for more love in a world gone wrong. “We were brought here,” Toots sings. “Sold out. Victimized brutally. Every time I keep remembering what my grandfather said before he died.”