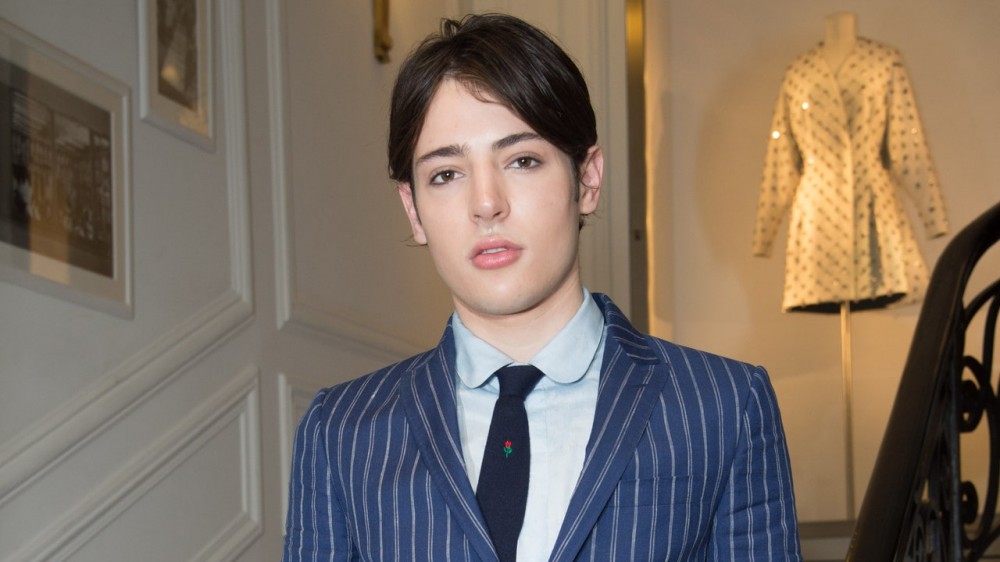 Last night Harry Brant, a 24-year-old model, writer, and socialite, died from an accidental overdose. Harry, the youngest son of Stephanie Seymour and Peter Brant, had been living with his older brother, Peter Brant Jr.

Born in Connecticut on August 3, 1996, Harry split his time between a downtown Manhattan apartment and his family’s art-filled estate in Greenwich. With an iconic supermodel for a mother and an art-collecting publishing magnate for a father, Harry followed a similar path. He filled his wardrobes with statement-making outfits; his mind with classic films, books, and art; his calendar with glitzy nights out; and his Instagram feed with clever cinematic references and moments of fashion history.

Since the 2010s, the Brant Brothers, as Peter and Harry came to be known, have been a fixture in New York’s social scene. The siblings always pushed the boundaries of gender and fashion when they appeared at events. As BFA and Patrick McMullan darlings, their presence ensured the success of a party.

The broader world was first introduced to the pair in 2012. That year, The New York Times published The New Princes of the City (There’s Even a Harry), and several months later, Vanity Fair gave us another look into their lives with the article Little Lord Flauntleroys—a title that winked to Frances Hodgson Burnett’s illustrated 1886 novel about a young American who comes into his artisto English inheritance that set an enduring trend in menswear for foppish fashions. In the 2012 article, the writer likened their habits and in-demand status as sibling socialites to Paris and Nicky Hilton. She also pointed out that their banter was lush with allusions to Edith Wharton and Henry James.

At the age of 16 in 2013, Harry attended the Met Gala wearing an intricately embroidered Yves Saint Laurent jacket and a smoky eye. He would come to hold his own at dinner parties and he would drop one-liners with a flair reminiscent of Oscar Wilde, whom he cited as an influence. “From now on when people ask me what I ‘do,’ I’m just gonna say icon,” Brant once said.

Though Harry and Peter were very much a package, as they moved from teenagers to young adults, they would begin to set themselves apart. Harry became the more daring fashion plate of the two. He was an experimental fashion maximalist. His hairstyles were ever evolving: He would grow it long or frame his face with fallen strands for added drama. He was known for playing with makeup, and was often seen wearing a metallic cat eye or rouged cheeks.

In September 2015, Harry and his brother launched a line of unisex makeup at MAC, and the collection was expanded the following year. They were strategic to use unassuming packaging so as to not scare the boys away. They cited finding makeup at their guy friend’s apartment, who claimed it belonged to a girl who had left it behind, as inspiration. They wanted men to embrace the world of cosmetics and hoped to shed the idea that makeup was for women.

“To me, wearing makeup is almost like a sense of armor that can be wielded whichever way I want, as a completely transformative form of self-expression,” he wrote in an Interview article. “One of the reasons I love doing other people’s makeup so much is because, as a very self-conscious person, I know how liberating the tiniest cosmetic can make you feel. So, when you’re able to accentuate the beauty someone has within themselves that they perhaps weren’t able to see, it’s kind of magical.”

His adulation of his mother was fierce. Throughout interviews and his own social media accounts, he expressed a deep knowledge of his mother’s modeling oeuvre. He would cite his favorite photos of her and wax poetic on their broader cultural impact—his Instagram account was rich with behind-the-scenes tidbits he received from his mother.

After graduating from Rye Country Day School in New York, he enrolled at Bard College and started contributing regularly to Interview magazine (of which his father is the publisher) in 2013. In speaking with Marc Jacobs for a recent Interview piece, on the topic of living in a bubble, Harry quipped, “Born and raised.”

His contributions to the publication revealed a knowledge beyond his years. He gobbled up the access to artists and models he was granted from his tony position in life and immersed himself in it. A recent piece of his included an interview with Kenny Scharf, the artist who reigned over the 1980s East Village club scene.

Followers and fans adored his unabashed self-expression. Harry’s red-carpet turns were both fashion and beauty moments. He promoted a dichotomous look that fused the tweedy world of tailored menswear with the photogenic benefits of cosmetics. He appeared in campaigns for the house of Balmain and looks-wise, the apple didn’t fall far from his mother’s tree.

Though he led a glamorous public life, Harry was struggling with addiction in private. The New York Times reports that he was meant to enter a drug rehabilitation center. “We will forever be saddened that his life was cut short by this devastating disease,” his family said in a statement to The New York Times. “He achieved a lot in his 24 years, but we will never get the chance to see how much more Harry could have done.”