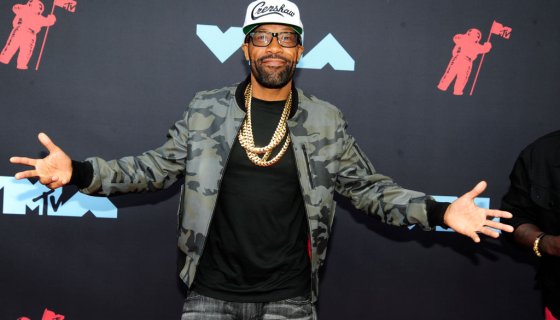 has been in the game since the early 1990s and is still one of the greatest to ever grace the microphone. The dropped off a quick three-song project simply titled 3 Joints, and it serves as a nice teaser with hopes that more is coming.

There isn’t a lot of information out there on 3 Joints but it features vintage rhyming from Reggie Noble on the opener “It’s A Banguh” which sounds like Rockwilder on the beat. The next track “Slap Da Sh*t Outcha” is a slower joint but once more, the New Jersey veteran sounds at home on the joint while talking his cash money ish.

3 Joints’ final track is “Zugga,” an upbeat joint and Redman appears to be aiming to get bodies moving with this throwback-style track. When the hook comes on, fans of a certain age will be singing along without realizing it.

We just have one question with all due respect, Redman. Where is Muddy Waters Too? Just saying.

Check out Redman’s 3 Joints below.