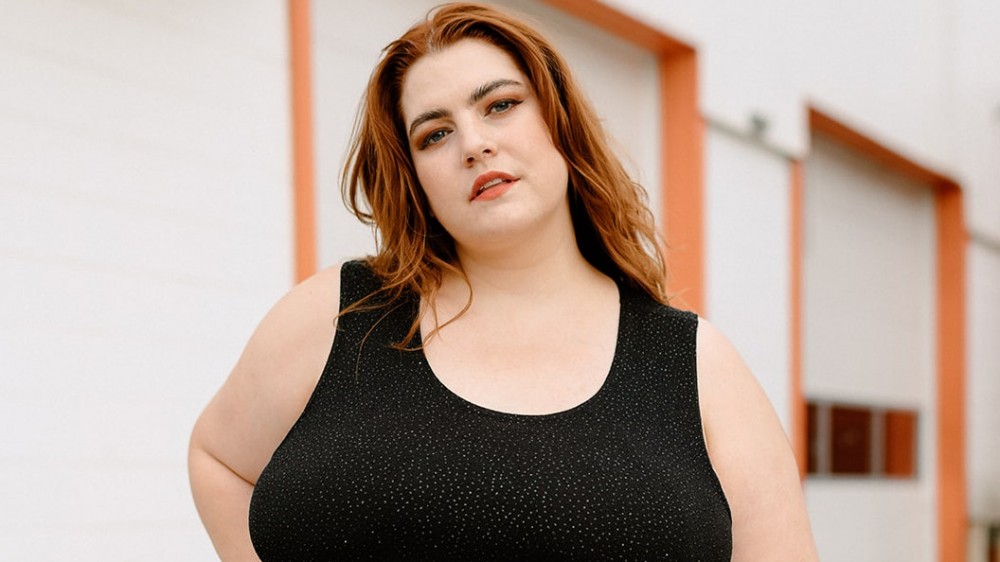 It’s official, Y2K fashion has moved from nostalgic resurgence status to an inescapable trend. The revival has been polarizing, to say the least. While Gen-Z has largely embraced and pushed looks that would have absolutely graced the cover of the now-defunct YM magazine, millennials are standoffish at best, and in most cases completely dismayed that the clothing they once would have died for as teens, is back again. Somehow we find ourselves once again in a world where Kim Kardashian and Paris Hilton are twinning in velour tracksuits, visible thongs are turning heads on runways and celebrities alike, and Bella Hadid is wearing chunky lucite rings that are identical to the ones I once used babysitting money to buy.

As a millennial myself, I find myself experiencing a Stockholm syndrome-esque response to the return of bucket hats, scarf tops, and futuristic fabric that once matched my Razr flip phone. I have vivid flashbacks to painted-on lowrise jeans and intentionally displayed g-strings, a combination that I was certain at the age of 16 was the epitome of sex appeal. Not exactly what I would describe as “a good look.” But at the same time, I feel drawn to the clothes of my youth once again. As an adult, I have the ability to dress THE EXACT way I assumed adults would dress when I was 13 going on 30. I get to give myself a do over without high school dress codes, without the body-shaming fashion rules I had memorized, and with a bank account that supports my sartorial desires. Maybe with a little finesse I would be fashionably on trend (again).

I spent so much of my youth consumed with how my body looked, afraid of it, angry at it. I don’t want to miss this window of opportunity to dress like the hot mean girl in every rom-com, without the body loathing that once came with wearing skin tight apparel. After spending the last year coddling myself with early aught sitcoms (How I Met Your Mother, One Tree Hill and the obligatory Friends rewatch) in isolation, I feel immersed in a world of baby tees, chokers, and body clinging mini-dresses, and that once flickering ember of nostalgia has sparked full on fandom for the era.

Best of all, for those of us who didn’t fit into the on-trend apparel of the 2000s, so many of those same staples are back with more size inclusive options (yes that includes plus size Juicy Couture velour tracksuits). It’s also relatively easy to still find these iconic styles in thrift stores, making this a trend to try without breaking the bank. In fact, the majority of my outfits were built off vintage pieces curated together with the help of Emma Zack, the owner of Berriez, an online vintage store specializing in size inclusion.

So if like me, you’re ready to embrace the exact wardrobe we were once trying to grow into, here is my week of Y2K style that was both cathartic and deeply joyous to inspire your own 2000s fashion reawakening.

I wanted to ease into this week by starting out with trends you could easily pull together with your existing wardrobe. For me that meant light wash jeans, a vintage silk scarf quickly turned into a top and micro heel strappy gold sandals I wore to my high school graduation (that yes, by some miracle I still have four moves and 15 years later). Finally, I topped the look off with a messy bun / silk scrunchie and gold hoop earrings. If that formula is not quite off the hook enough for you, swap the straight-leg denim for wide-leg jeans.

Channeling my inner Britney Spears at the 2001 American Music Awards. This raw-hemmed denim skirt (vintage of course) is a Y2K dream, but due to its length I decided to eschew getting swallowed up in double-denim and went with a fitted, feminine, off-the-shoulder ruffle top instead.

While putting together this outfit, I realized I was quite anxious about recreating 2000s outfits piece for piece. It’s a lot of pressure to try to go full Carrie Bradshaw! Instead, I enjoyed paying homage to the original inspiration—the spirit of the aughts, if you will—while updating it to feel like me. In this case, I chose one element (the denim skirt) that was so quintessentially of the era and found a way to integrate it to my modern wardrobe. Did I try on a few tops before finding one that looked perfect? Yes, absolutely, but isn’t that the joy of discovery and reinventing what you already own?

This is THE dress I’d wear to casually bump into an ex. I feel intoxicatingly hot in it; it reminds me of a dress Cameron Diaz would have worn in 2002’s The Sweetest Thing. Sure, if I drop anything, it's gone forever because I physically can’t bend over, but I don't care. Besides, that’s why I have a tiny beaded purse (a silk baguette purse would also be an excellent accessory choice here). Both the dress and purse are vintage. The dress is shortened from its original skirt length and hemmed to a height that would have absolutely gotten me sent home from high school, but this much leg for a night out with my friends feels oh so right.

For a finishing touch, I went with a pair of unassuming black suede chunky heels, so as not to compete with the hint of sparkle in the dress.

This ensemble is all about layering, pattern clashing, and showing a bit of skin (no surprises there). In a direction I’d describe as peak summer, I started with bike shorts and a bikini top before layering a loose sheer animal-print blouse over top, a baby rhinestone choker (arguably the most Y2K reference point of the look) and a sun hat that I’d describe as bucket hat-adjacent. I considered getting a bucket hat for “research”, but if I’m honest I couldn’t take myself seriously in one. This moldable brim sun hat, that can be worn folded up or down, was the perfect nod to the bucket hat. Again, the goal of playing within a trend is filtering it through the lens of your own personal style. Finally, I finished this look off with a white platform sandal, but I also think Crocs would really play up the Y2K factor if you’ve got a pair kicking around.

I wanted to finish the week with a bang, and by bang, I mean an excuse to try taping my breasts into place for the first time in my life. An amped up slip dress, this silky orange neon number has a side slit that soars to the top of my thighs. One of my hopes for this week-long exploration of the early aughts was to do over looks I wouldn’t have even fathomed wearing when I was younger, that I would have looked at, lusted over, and then rejected by saying, my body is not right for this outfit. Over the last decade I have worked so hard to unlearn those false beliefs. The return of Y2K fashion has given me the opportunity to do a metaphorical victory lap, with the clarity of how far I’ve come, when I am comparing how I approached fashion in my youth to now with the exact same wardrobe pieces.

What an absolute treat to approach it with the maturity and confidence that was missing the first time I attempted these looks. Wear the neon dress, show a little (or a lot) of skin, be your own main character.