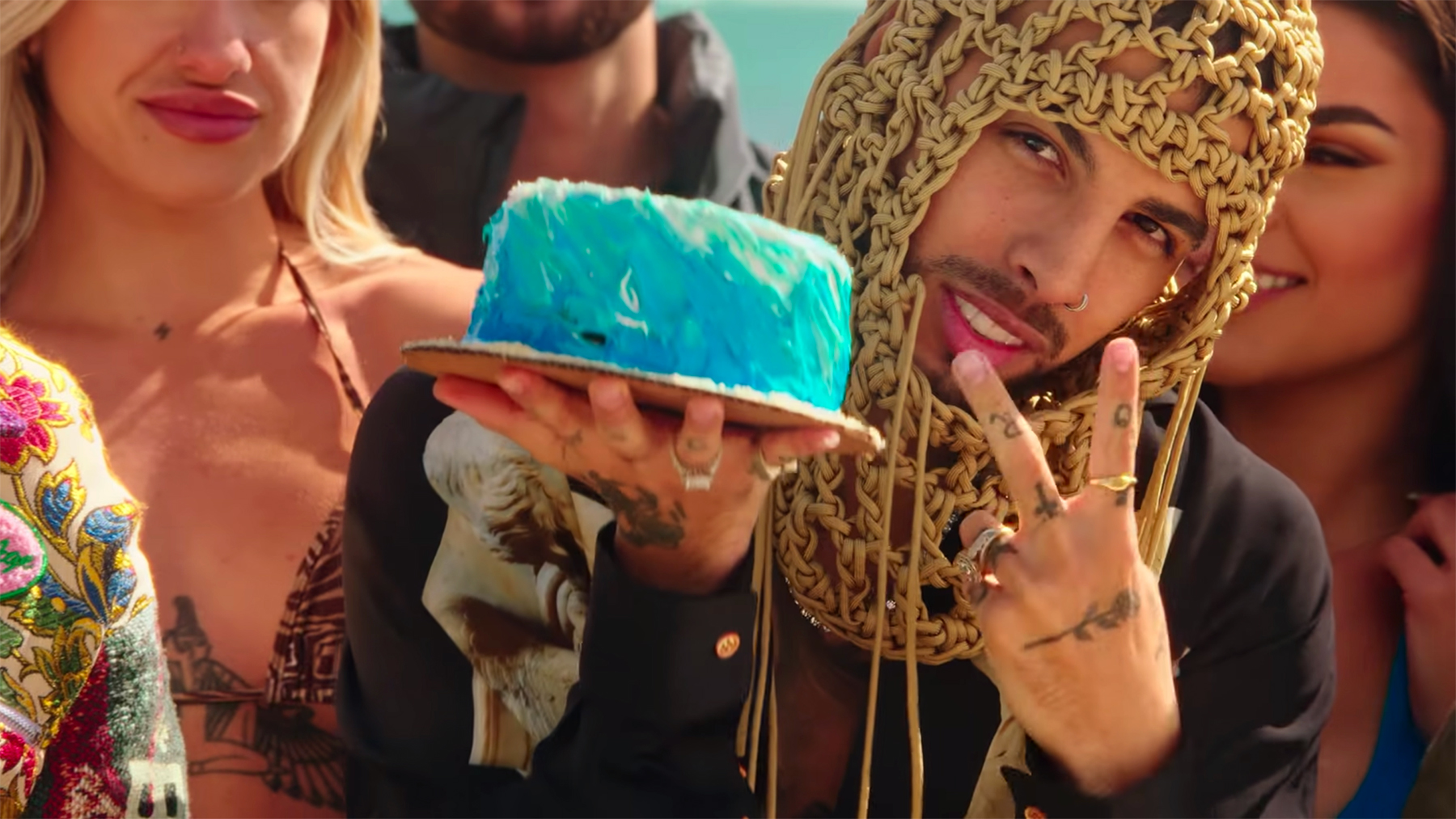 Rauw Alejandro is a fisherman lost at sea — and in his own mind — in the music video for his latest single “Caprichoso.” His first release of the year, the track will appear on the Puerto Rican star’s forthcoming EP Trap Cake Vol. 2.

Directed by LateMilk, the video bounces between car washes, jet ski rides, and a beach edition of the Last Supper filmed in the sunshine of Virginia Key, Florida. Alejandro gets so caught up in the fun of his daydreams — and in shouting out Cardi B, Offset, Rihanna, and A$AP Rocky — he barely realizes that he’s actually all alone, surrounded by an expanse of water in the middle of the sea.

Produced by Rvssian. C., “Capriochoso” offers the first taste of the trap and R&B roots lingering from Alejandro’s underground days that make a return on Trap Cake Vol. 2.

“I’m trying some new deliveries, how I sing, rap, more weird melodies, pitch. It’s really underground, it’s explicit, but it has a sweet side,” Alejandro told Nuevo Culture of the EP in a recent cover story. He’s taken on a bigger role on the production side for the project, which he anticipates releasing by the end of April. He added: “No one understands what’s in your head, so it’s easier for you to do it than explain to somebody.”

By the end of the year, Alejandro expects to have another album locked and ready to go. He’s keeping himself busy; between the two projects and an upcoming tour, he’s looking at a long year of artistic releases.