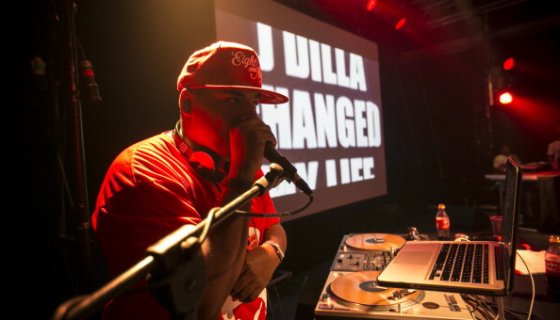 The year 2000 had its fair share of pivotal Hip-Hop releases with the likes of Ghostface Killah, Beanie Sigel, Madlib as Quasiomoto, Dilated Peoples, Eminem, Planet Asia and Rasco as the Cali Agents among others releasing acclaimed works. The arrival of ‘s second studio album, Fantastic, Vol. 2, was something of a seismic shift for the culture and to date, the project is still highly regarded as one of the most important Hip-Hop albums of all time.

The origon of Slum Village, and, in some measure, Fantastic, Vol. 2, was expertly told by Medium music publication Cuepoint in 2016, with lone surviving original group member T3 offering the history lesson. Much like their freewheeling and leaked debut album Fan-Tas-Tic (Vol. 1), the sequel employed the same loose freestyle energy of its predecessor albeit with some production refinement. Black Milk, one of Detroit’s most heralded acts as both a producer and rapper, named Vol. 2 as his favorite album in an interview with FACT.

It was that production, provided by the late , then known largely as Jay Dee, that guided T3 and the late Baatin to essentially merge their unique vocal tones with Dilla’s snapping drums and chunky basslines. Some critics rightfully hail the album’s production, often at the expense of the lyrical performance of the trio. Yet, the warm tones and left-field sonics are just as soul-stirring today as they were 20 years ago.

Fantastic, Vol. 2 feels like a warm-weather album thus making its summer release timely despite its long delay. From the gritty funk of “Conant Gardens,” shouting out their neighborhood home, to the high-energy hop of “I Don’t Know” featuring the legendary. DJ Jazzy Jeff, and scattery soul of “Jealousy,” it is one of the strongest opening songs of any album of its era then and perhaps now.

Q-Tip, Slum Village’s greatest advocate to the masses, joins the festivities on “Hold Tight,” and the roller skate rink-ready “Forth and Back” with Kurupt of Tha Dogg Pound, and the fan-favorite “Untitled/Fantastic,” Fantastic, Vol. 2 more than proved that Hip-Hop can exhibit soul and verve while still operating just slightly outside of the genre’s usual confines of straight-ahead rhymes. And then there’s the planned imperfections and sample chops that defy the conventions of the era, again pushing the album far ahead in the eyes of both listeners and critics.

The project has aged exceptionally well and while Slum Village has undergone a number of transformations aside from the tragic losses of Dilla and Baatin, Fantastic, Vol. 2 remains the group’s most monumental work.

Check out Slum Village’s Fantastic, Vol. 2 below along with reactions from social media in the gallery.

I got the CD several weeks prior to the release date. It was a perk of being a writer. In reality, though, I’d had a version of the album on tape for over a year due to rampant bootlegging. I could go on about what felt like a never-ending quest to find the Ark of Conant Gardens’ official iteration but I won’t. I’ll just say late-90s and early 2000s’ media consolidation and record label shenanigans almost kept this classic in hip-hop album purgatory. Thankfully, that didn’t happen and we can celebrate 20 years of this quintessential work. #recordcollection #recordcollector #vinylcollection #vinylcollector #cd #detroithiphop #detroit #slumvillage #jdilla #baatin #t3

As some of y'all know, I have been engaged in the writing of this Dilla book for some time. Suffice to say that I am arguing that Fantastic, Volume 2 is one of the most important and influential pieces of American music of the past 100 years. Happy anniversary, @slumvillage @T3sv

A personal classic, featuring some of Jay Dee’s best production. “Climax” is still one of the best songs I’ve ever heard in my life

It was a game changer for me. One of my first exposures to the brilliance of JDilla. He was…and will forever be…phenomenal.

Happy 20th anniversary to @slumvillage classic ‘Fantastic Vol. 2’! Hosting them in 2018 was a “pinch us” moment ✌🏼❤️ pic.twitter.com/7YD6H0DGyr

Fun Fact: Baatin fell through Lush Lounge one night. After he crushed my hand with his infamous vise grip dap, we chopped it up for a bit & he gave me this CD (a bootleg V1). I had the bootleg vinyl of Vol. 2 & he promised that he was gonna personally grab me an official one. pic.twitter.com/rwNlLU2RkU

The Unseen, How The West Was Won, and Fantastic Vol 2. All came out the same day 20 years ago..all these records had a huge impact on me.

The 1st song I ever heard was "Jealously" & I haven't been the same since.