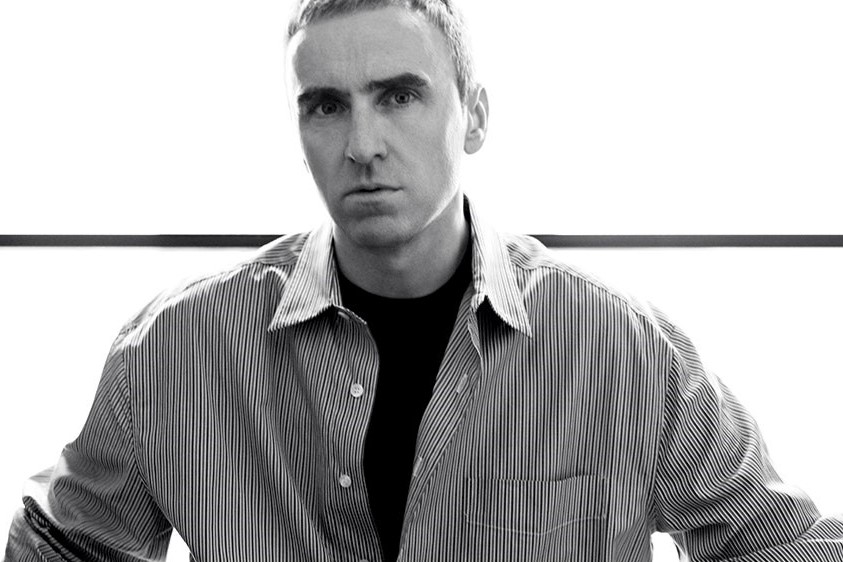 Ahead of his Prada menswear debut, the designer reveals he doubts the industry will change post-coronavirus

We’re not entirely sure how it rolled around so quickly, but we’re here to let you know that fashion season is upon us once again. This time, we’re strapping in for the AW21 menswear shows, which kick off in Milan today. On the line-up this weekend are a series of digital experiences from the likes of A-COLD-WALL* and Fendi, as well as the one we’ve all been waiting for. That’s right: Raf Simons is set to debut his first menswear collection for Prada, and will be sitting down with Mrs. P post-presentation to talk us all through it.

Ahead of the big day, the two designers also linked up for a tête-à-tête, with the resulting conversation published by The New York Times this morning (January 15). With Simons having joined the Prada fold a little short of a year ago, the piece sees him and Miuccia open up about how things are going, their different creative approaches, and how they’re finding working as part of a duo – with Miuccia also revealing she’s as sick of Zoom meetings as the rest of us. Mood etc.

The most interesting takeaway from the conversation, however, is Simons’ revelation that he doesn’t believe fashion will learn from the pandemic, and thinks it’s highly unlikely the industry will slow down. “The one lesson I think fashion will not learn from this, which is the one it should learn, if I am being brutally honest, is that it should be less greedy,” the designer explained.”It became too much this economic machine. For the majority the first desire is economic growth. Everyone just had less growth, so everyone is going to try to catch up. And you can’t do that with only one or two collections a year.”

With Simons going on to say fashion has “become pop, with winners now the ones that scream hardest, not the ones that speak most intelligently”, Miuccia pointed to our capitalist overlords, and concluded that Prada itself is unlikely to reduce its output. “If you want to go on working, you can’t escape,” she said. “Companies are criticised because they do too much, but we are judged on the money. I heard once somebody say, “Oh, that designer is really terrible, but they sell so much, it means they are good.” The last few years, our numbers were not good, and in every single discussion, that was the point. So if you want to survive with your company, with all the responsibility of people working for you, I doubt we will do less.”

Watch the label’s AW21 menswear show on Sunday, January 17 at 2pm (CET) and keep your eyes on the site for our round-up. In the meantime, revisit the SS21 Prada womenswear show in the gallery above.