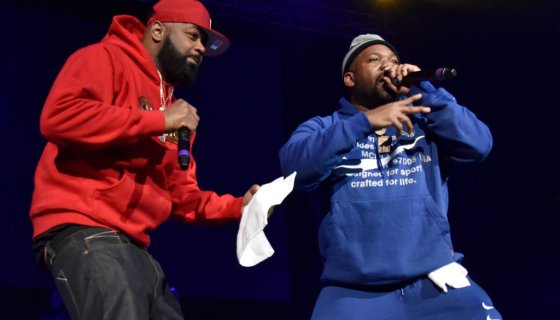 The remains one of Hip-Hop’s most ble collectives and the crew’s gritty approach coupled with an innovative plan to transform the industry is a case study of strength in numbers. , one of the sharp swordsman of Shaolin today will celebrate the 25th anniversary of his classic solo debut Only Built 4 Cuban Linx and a new interview broke down some of its finer points.

Raekwon, Ghostface Killah, and special guest Nas joined Ebro Darden for an in-depth breakdown of the creation of Only Built 4 Cuban Linx and how the album cemented the legacy of all involved. Chief among the goals for the Chef was to put his all into the album and be as authentic as possible.

“We was definitely on that mission. That mission was do or die. To try to get from one spot to the next, and try to do it in a way that it could be respected, and not just took for something that didn’t really mean nothing to us,” Raekwon explained

He added, “You got some dudes that got a lot to say, but don’t really be passionate about what they feel, and where they want to go in life. And that was the mission. When I made my solo album, I wanted to be one of the greats. Because I studied, I did my homework, I lived it. I lived in it, I seen it. And I never was a person that was a flabbergaster like that”

Nas, who was featured on the standout “Verbal Intercourse” track, joined in with a message for Rae and Ghost and shared what it meant for his career to land the epic feature.

“Big up to 25th anniversary of the classic Only Built 4 Cuban Linx by my man Raekwon, the Purple Tape. It meant everything to me to be on the album, because I was the only feature that wasn’t a Wu-Tang member,” Nas said.

He continued wth, “But at the time, me and Rae, we was hanging a lot. He’d come out to my hood, I’d go out to his hood. We was in the studios, we was hanging out, I was in Staten Island, he had the Acura Legend at the time. So we was mobbing, we was rolling.

Today at 11 AM ET, fans can hit this link to hear the interview in full.

And if you haven’t peeped this classic album, check out the links and all corresponding media below.