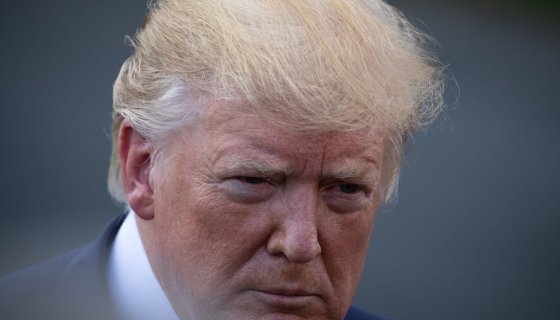 has a nationwide pandemic and a crumbling economy on his hands during an election year, but he’s focusing on matters that show his . Via Twitter, the former business mogul went on a covertly racist rant and misframed the movement after railing against the painting of the slogan on a New York street.

We won’t dignify President Trump’s rant by linking to the tweet but since he never deletes the trash he posts, we’ll share it below. The rant was in response to a Black Lives Matter sign to be painted alongside Fifth Avenue near Trump Plaza, prompting the following on Wednesday (July 1).

NYC is cutting Police $’s by ONE BILLION DOLLARS, and yet the @NYCMayor is going to paint a big, expensive, yellow Black Lives Matter sign on Fifth Avenue, denigrating this luxury Avenue. This will further antagonize New York’s Finest, who LOVE New York & vividly remember the….horrible BLM chant, “Pigs In A Blanket, Fry ‘Em Like Bacon”. Maybe our GREAT Police, who have been neutralized and scorned by a mayor who hates & disrespects them, won’t let this symbol of hate be affixed to New York’s greatest street. Spend this money fighting crime instead!

The rest of Trump’s Twitter from the day included him boasting about job numbers, retweeting anyone who gave him even a slight bit of praise, and other general garbage that failed to address any actual concerns regarding America’s public health system.

Even today, Trump held a press conference that was nothing short of a dog and pony show to plump up his brittle ego. Way to make America late again.