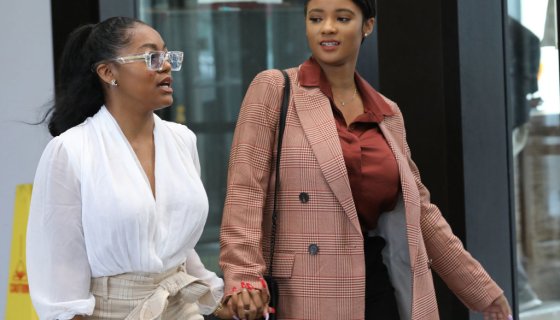 may be reunited with her family but is seemingly not ready to do the same.

On Thursday (Jan 23) while appearing in court for after her fight with Clary, Savage was greeted outside by her mother and sister who were both pleading for her attention. In a video obtained by TMZ, Savage’s sister is seen walking with Joycelyn shortly before her mother enters the frame and pleads with her daughter to speak to them.

The heartbreaking video shows Joycelyn ignoring her family’s pleas as her attorney steps in between the Savage and her mother as her sister yells out for her to “look at the documentary,” and that R. Kelly has “been lying”; as Joycelyn stoically got into a black SUV.

Gerald Griggs, the lawyer for the Savage family, has publicly stated that despite R. Kelly’s incarceration, that her parents are still concerned for her well-being. He also added that the Joycelyn who appeared in court is not the same person her family knows, noting that she’s been a “ they have known her entire life” since she moved in with Kelly.

, earlier this month and Azriel Clary got into a physical altercation after Clary revealed that she was moving out of their shared apartment with R.Kelly.

Despite the claims of ual assault, Jocelyn was only charged with a misdemeanor assault, while R. Kelly’s lawyer denied Clary’s claim.

Savage is scheduled to reappear again in court next month.