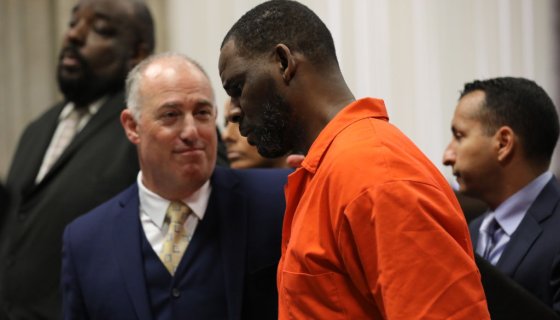 Prosecutors in Brooklyn have filed new charges against jailed R&B singer after stating he knowingly exposed two people to the in separate incidents. The charges were filed in the Eastern District of New York on Friday (March 13).

Federal prosecutors slammed Kelly, 53, with an indictment related to the two alleged victims, one who says she was a minor in 2015 when the pair had , according to a report from TMZ. The other alleged incident occurred with an adult woman in 2017, with both stating that they were not informed of Kelly’s herpes diagnosis and engaged in unprotected .

Adding to this, Kelly also faces charges of coercion of a minor and transportation of a minor across state lines among other charges, which include reckless endangerment and knowing exposure of infectious venereal disease according to court filings. Jane Doe #5, the person who said she was under 18 when she had in 2015 with Kelly, says she did indeed contract herpes. Jane Doe #6, the other person in the filings, did not state if she too caught the virus.

In a statement to TMZ, a member of Kelly’s legal team said the following:

These are serious criminal allegations. How does an alleged victim ‘forget’ such things? Or… perhaps… these allege victims are not victims at all, but only women who have been told and instructed, even peer pressured if you will, years later, that the claimed relationship they freely and voluntarily engaged in, should now, in the #metoo era, be classified as ‘bad’ or ‘abusive,’ and they are continually seeking to add facts, even if not truthful, to their story, to make the alleged events as salacious as humanly possible.