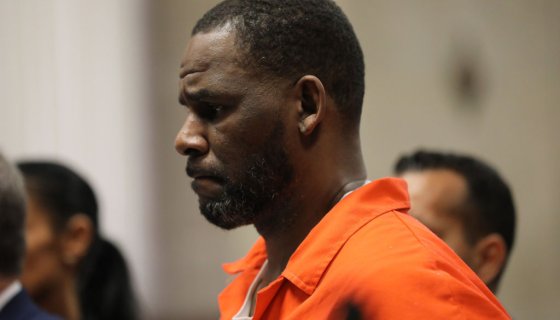 has been indicted, again. The disgraced R&B singer was hit with a new indictment by the Feds in Chicago.

According to the Chicago Sun-Times, a superseding indictment against Kelly has named a new victim, who reportedly met the singer in 1997 or 1998 when she was just 14 or 15.

It says Kelly “engaged in ual contact and ual acts” with that person and four others when they were under the age of 18. For the new victim, the alleged ual activity took place between 1997 and 2000. But it no longer makes that claim about a sixth person who remains central to the obstruction of justice charge Kelly faces.

Previously identified in the old indictment as “Minor 2,” the person is now identified as “Individual D.” The facts in both indictments appear to match previous testimony of Lisa Van Allen, who has spoken publicly about her relationship with Kelly and became a key, if problematic, witness during Kelly’s 2008 child ography trial.

Van Allen could not be reached for comment Friday.

Jeffrey Cramer, a former federal prosecutor, said the move could be a sign the feds felt uncomfortable presenting the person to a jury as a victim but still had corroborating evidence to put that person on the stand as a witness.

Seems like the Feds are making sure the case against R. Kelly is airtight.

The Pied Piper of R&Pee’s federal trial in Chicago is set to begin in April (the Brooklyn trail is slated for July), for now, and he is facing charges that include obstruction of justice and child ography. Since July 2019, he has been jailed at Chicago’s Metropolitan Correctional Center without bail.