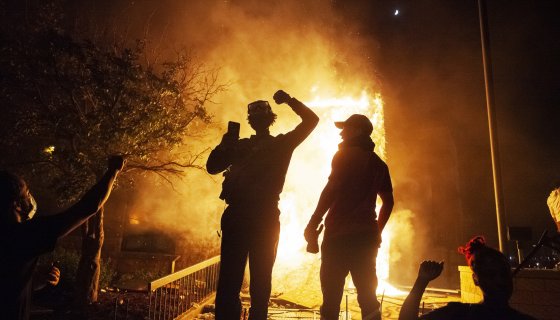 The Minnesota Freedom Fund, which has been in existence since 2016, recently gained favor in the wake of the tragic murder of in Minneapolis, promising to assist protests with their bail if arrested. After reporting that the group has raised over $35 million but only paid out $200,000, some on Twitter are questioning what is holding up the distribution of funds.

Via a tweet Monday night (June 15), MFF retweeted a welcome tweet to new followers from June 3 with a new caption that read, “Appreciate all those calling for transparency. We see y’all. Our values and mission have not changed since 2016. Be on the lookout for things coming on our end. Be well.”

As the thread continued, MFF shared how much they’ve spent thus far on bailouts, which apparently had some scratching their heads in response.

“Without jeopardizing the safety of the folks we bailed out we paid well over $200k in the weeks since the uprising alone. We are working on doing more,” read the continuation of the Twitter thread.

With immediacy, the words “35 million” began to trend with some making mention that the board of directors page for MFF suddenly disappeared and other observations from the social media network. There were also suggestions made by residents and activists that the extra funds be applied to establishing new programs in support of Black businesses and individuals in the state.

The Minnesota Freedom Fund has yet to respond to the questions regarding their next aims with the millions raised, and in that void, Twitter has shared a number of opinions related to the matter. We’ve collected those for viewing below.

Wait till Twitter wake up tomorrow and find out the Minnesota Bail Fund got $35 million and only used $200k to bail out protestors pic.twitter.com/tLuN1qY1TL

The Minnesota Freedom Fund raised $35 million dollars and deleted their Board of Directors page. They've only given out $200,000. Where's the rest of the money? https://t.co/2mJua9Xiz5

There shouldn’t be a single protestor in this country in need of bail or housing.

I know it takes a second to ramp up capacity, but the people have expectations of the funds donated.

Use the excess to create an economic freedom fund for black owned businesses and homes affected by the uprising instead on just having links. Or donate those funds to the links where your site directs people. Also, reinstate the pictures of the board for transparency.

i feel like everyone yelling at the minnesota freedom fund for only using 200k so far of the 35 MILLION dollars it raised doesnt understand how hard it is to efficiently spend, manage, and account for that kind of money when youre clearly not set up to work on that scale

HELLO!!! LOCAL BLACK ORGANIZERS ARE ASKING FOR TRANSPERENCY FROM @BlackVisionsMN AND @RECLAIMTHEBLOCK AS TO WHERE THE DONATED MONEY IS GOING!!! @MNFreedomFund ALSO RAISED 35 MILLION AND ORGANIZERS ARE SAYING THEY HAVENT SEEN IT!! HOLD THESE ORGANIZATIONS ACCOUNTABLE! pic.twitter.com/Dk1P4moOYc

$200K is such a small portion of the 35 million donated. One thing you don't play with is folk's money. Better give that shxt back before Black Twitter wakes up pic.twitter.com/jkfuUIMeJX

if an org gets asked where $35 million in charity donations went and their answer is: “We see y’all” …that seems like a bad sign https://t.co/v2g2mCLBoJ

The Minnesota Freedom fund received over $35 million to bail out protestors.

So far they save they've only spent over $200K… out of the $35 million since the uprisings.

Damn did anybody look at the website before we gave 35 MILLION to the Minnesota Freedom Fund?!!! pic.twitter.com/o0UA3IHGNv

Take down your staff page? Ok.
Guess you forgot about the Wayback Machine.