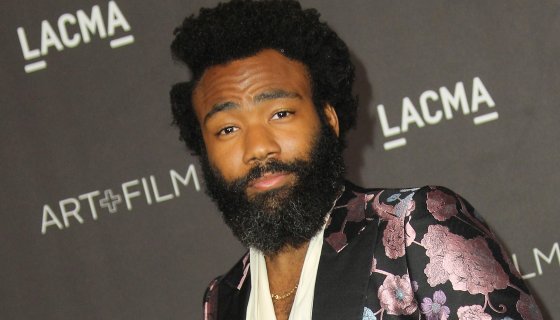 clearly had some time. The renowned actor also known as (sometimes) Childish Gambino just surprised dropped a new collection of music titled Donald Glover Presents in the middle of the night  (March 15) with no care for sleeping schedules.

As Rolling Stone reports, the music arrived his website and is billed under his name rather than his aforementioned music moniker. The 12-song drop features appearances from 21 Savage, Ariana Grande and SZA is playing on a loop.

The project also features some previously released tunes including “Algorythm,” “Feels Like Summer,” and Warlords.” Besides that, and until we get the tracklist, just let the joint play because there are some definite slappers on there.

Glover’s last proper album, Awaken, My Love!, was released in 2016. He then went off a couple of years later with “This Is America,” winning multiple Grammys in the process.

Peep the reactions to Donald Glover Presents below. Can we speed up the arrival of that next season of Atlanta, though?

Donald Glover casually dropping a livestream of new music in the middle of the night with hand-drawn images of the world on fire is a very Donald Glover thing to do. Also interesting it’s not under Childish Gambino. https://t.co/gBIOxdSfLX pic.twitter.com/7ku8qGz2cu

when you're supposed to stay home and chill…and then Donald Glover drops a whole album pic.twitter.com/4hqTTcEAQo

When Donald Glover says he’s done making music and then drops an album in the middle of the night. #ChildishGambino pic.twitter.com/5xHd25vD59

the new donald glover album is so good dude

I LAND OFF THE PLANE TO NEW DONALD GLOVER……
*ahem*
melodies from heaven… rain down on me, take me in your arms and hold me close, rain down on me, fill me with your precious holy ghost (can we take it up?) MELODIEEEEEEEEES FROM HEAAAAAVEEEEN! RAINNNNNNDOWNONMEEEE

the new donald glover do be hitting different during a global pandemic doe pic.twitter.com/ZKldasargZ

donald glover just dropping an album out of nowhere in the middle of the night pic.twitter.com/H2tdqlPAVe