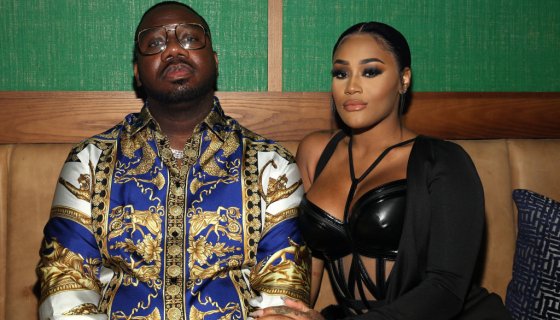 The legal battle between and is still ongoing, with the Quality Control Music CEO has aimed another missive at the mother of his child. Thomas stated in court documents that Galore’s expense tally is “suspect” and stated that she is aggressively pushing him to share his earnings.

In the documents obtained by BOSSIP, Thomas filed court papers last week to limit how much of his financial information he has to provide to Galore in their custody and child support case. From Thomas’s vantage point, he believes Galore is asking for an extremely high amount in support payments.

In addition, Thomas says that Galore’s child support expenses were “suspect” for their eight-month-old, which has been listed at a total of around $3,900 per month and covers the child’s care, clothing, grooming, and toys. Thomas says he’s provided Galore with tax returns from the past three years and does not want to hand over more earning statements or to provide proof of assets.

“Such disclosures are not relevant to the issues raised in the above-styled matter and are being sought as means of harassment,” Thomas stated in the court documents.

Thomas believes that Galore has enough earnings of her own and wants them both to contribute to the child’s well-being. Thomas sued for custody in 2019 of his daughter, which Galore launching a $50 million countersuit in response with heavy allegations of physical abuse and other tactics to keep her under Thomas’s thumb.

A decision from the court is forthcoming.