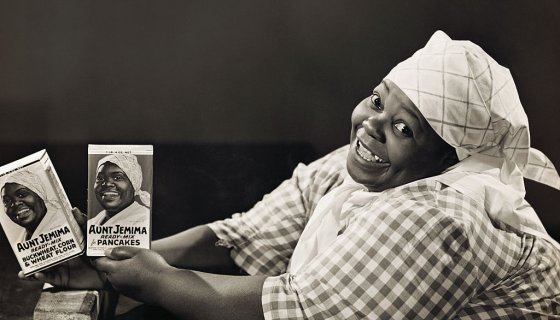 Several have suddenly that their stances and images have been less than favorable to Black people, most especially the parent companies of the Aunt Jemima brand. Despite changing the image in recent times, the company will do away with the image and part with its racist past as part of a rebranding.

As reported by CNN and AdWeek, Quaker Oats, a subsidiary of PepsiCo, has said that it will remove the image of the smiling Black woman that has adorned the packages of pancake mix and syrup bottles for over 130 years.

“We are starting by removing the image and changing the name,” Kristin Kroepfl, vice president and chief marketing officer of Quaker Foods North America, shared in a press statement. “We will continue the conversation by gathering diverse perspectives from both our organization and the Black community to further evolve the brand and make it one everyone can be proud to have in their pantry.”

PepsiCo stated that the removal of the images will occur in the fourth quarter of 2020, but the new name of the product has yet to be announced. The problematic image’s roots are traced to an old minstrel show performer who sang the song “Old Aunt Jemima,” thus the stereotypical of a wide-smiling Black woman in a bandana that was the brand’s logo.

The image was rebranded when Quaker Oats kept the smiling woman’s face but changed her hair into a modern style. In recent years, heirs of, Anna Short Harrington, a cook and the woman who played the real-life version of Aunt Jemima. In 2015, a pair of men who said they were heirs of Harrington lost a $3 billion suit launched against Quaker Oats.

With national brands hopping on the representation bandwagon in light of the recent protests related to the deaths of George Floyd, Breonna Taylor, and others, some on Twitter say that Quaker Oats’ decision, while necessary, could just be a part of a capitalizing trend.

We’ve got reactions below.

There were people who didn't know Aunt Jemima was racist? Do y'all also think Uncle Ben is a homage to Peter Parker's uncle? DO YOU THINK THE WASHINGTON REDSKINS IS OKAY?

I bet the lady who stars in those Popeyes chicken commercials is sweating right now #AuntJemima pic.twitter.com/dnUyZgQu7S

Before you form your lips to say something about #AuntJemima and how it's not racist, pls redirect yourself to these pictures: pic.twitter.com/hfXYE5VLA6

Kudos to Quaker Oats on such a clear Aunt Jemima decision. Under the circumstances, I would have expected them to… waffle.

Since Quaker Oats officially changed the face of Aunt Jemima to Diamond & Silk can we get Van Jones face on Uncle Ben's Rice? pic.twitter.com/1cUVGdwgnA

If you are more upset over #AuntJemima then you about black people being slaughtered by police then YOU are part of the problem. #BlackLivesMatter

I’m upset y’all didn’t know Aunt Jemima was based on a racial stereotype.