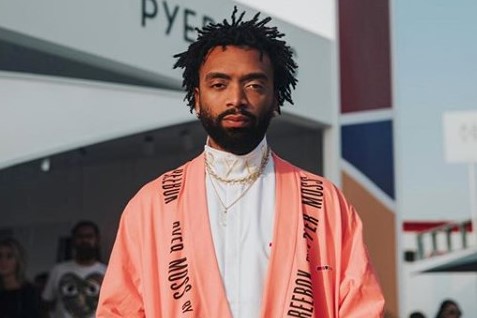 Following a number of collabs with the sportswear behemoth and a successful stint as artistic director of its emerging talent incubator, Pyer Moss founder Kerby Jean-Raymond has been named vice president of creative direction at Reebok. The NY designer will hone the brand’s vision, lead a global team of creatives, and direct its newly-instated Product With Purpose program, launched as part of its United Against Racism initiative.

“I am thrilled to be evolving my role with Reebok and joining the leadership team as the head of creative direction. I welcome this opportunity to help invigorate the brand with new ideas, while also focusing on instilling a sense of social purpose into our work,” Jean-Raymond said in an official statement, before following it up with an Instagram post on his personal account.

“Every time an interviewer would ask me what I’d want to be a creative director for I would never say, but in my head it was always a footwear brand. Gotta shake shit up a lil yuh know? Thank you @reebok. I haven’t had a job in 9 years, so please get me a lunch box,” he captioned the pic.

For those excited to see what Jean-Raymond has up his sleeve, you have a while to wait: his first designs likely won’t be landing until early 2022. In the meantime, the designer just dropped his first independent sneaker via Pyer Moss. Having spent the last three years perfecting it, “The Sculpt” is streamlined and understated up top, with a pretty hefty sculptural sole that will likely be a hit among those getting slightly sick of the Triple S but are unwilling to turn their back on the chunky sneaker trend just yet.

Check them out below.