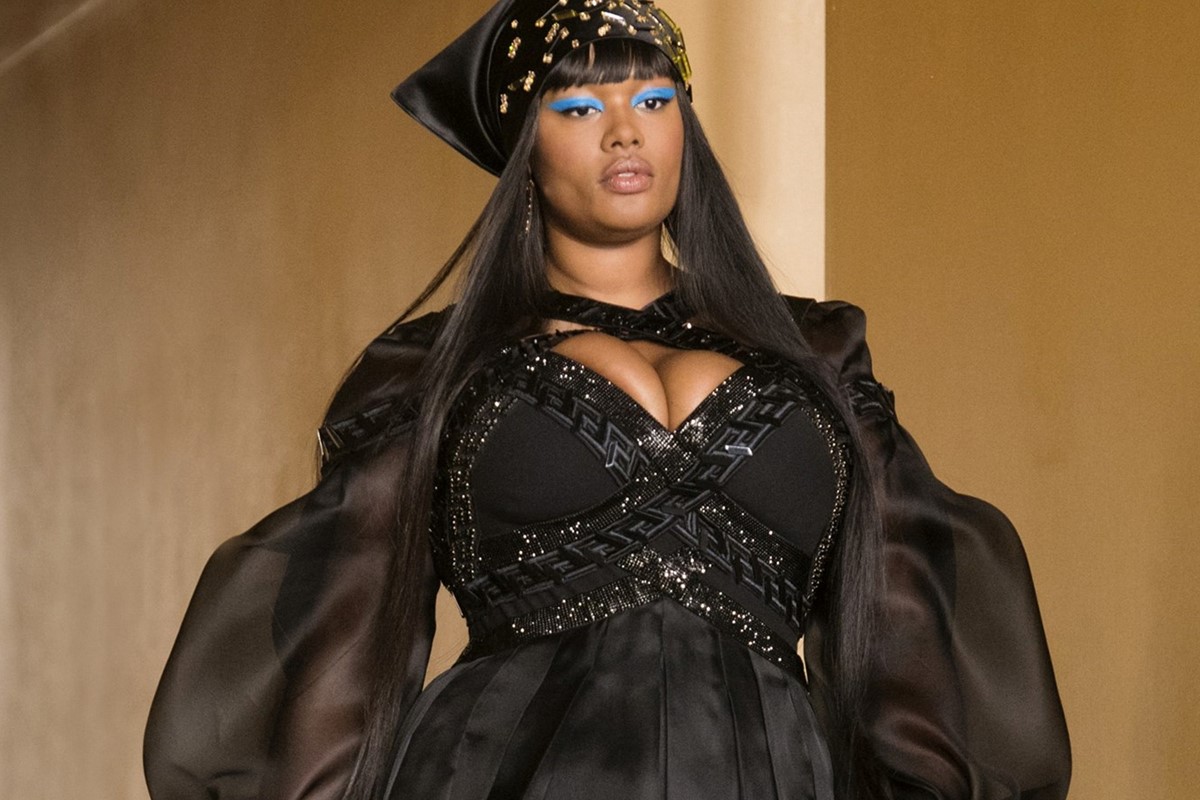 The rising supermodel just walked at Versace for the second time – and truly, we cannot get enough

Throw it back to last September, and you may recall Precious Lee, Jill Kortleve, and Alva Claire’s turn on the runway at Versace’s SS21 show. As the first curve models to walk for the house in its 43 year history(!), the show felt like a seismic moment for fashion – if a label as well-known as Versace had finally woken up to the need for wider body representation within the industry, then surely the masses would follow suit?

In the time since, all three models’ stars have been rightly ascending, with Kortleve making her Chanel Haute Couture debut, Claire joining Rihanna’s all-star Savage x Fenty cast, and Lee… well, basically taking over the world. Case in point: her return to the Versace catwalk this afternoon, where she joined a stellar line-up including Bella and new mum Gigi Hadid, Irina Shayk, and Adut Akech for AW21.

With the label’s show taking the form of a short film (duh!), Lee strut around the La Greca key-inspired maze set first in a pretty directional printed coat and skirt, before coming back for round two in a flouncy black dress with diaphanous bell sleeves, thick plack tights, and a pair of vertiginous platforms, expertly manoeuvred like the bonafide supermodel she is. The finishing touch came via a satin headscarf, which FYI we totally called back in April of last year – although Donatella’s latest outing has only served to hammer home its place in our wardrobes for the foreseeable.

Check out some of the collection in the gallery above and watch the show below.