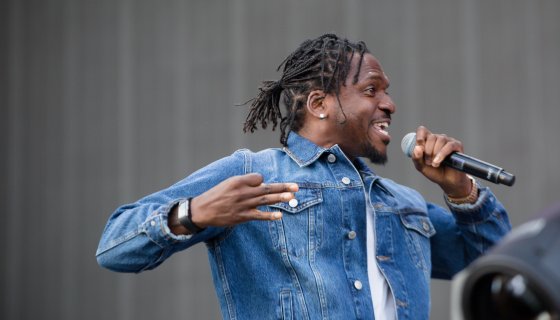 Even though musicians are not able to create and bring their sound to life they would like to is forging ahead. He has confirmed he and his rhyme book will be busy throughout the year.

As spotted on Hypebeast the Virginia MC chattedEghck with his fans and Hip-Hop enthusiasts alike during a recent Discord AMA. While the entire exchange should be added to your quarantine playlist there were some points that stood out as uber noteworthy.

When asked where is the new album responded “working on that right now.” He went to divulge that his schedule in 2020 will be rather busy. “I’m actually working on three projects right now. So, you know, with everything that’s going on in the world right now, of course we’re not all together, but I’m well in on my next project. Well, well, well, well in on the project.”

Naturally that little tidbit piqued a lot of people’s interest causing more questioning related to the untitled projects. Regarding the collaborative Madlib effort he said “We’re cooking. That’s really all I can really say about it. With producers, to me, it’s like I’m going to school so he’s just like another teacher to me”. He also revealed they already have “a hard drive full of gems.”

As far as the Tyler collab he made it clear he has a certain direction in mind with the beats IGOR sent his way. “I make him go straight hip-hop, like, full-fledged. It’s full ignorance; I don’t want to experiment”.

You can listen to the Q&A session below.