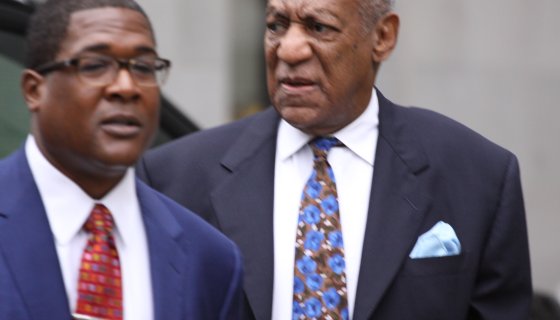 is firmly behind bars serving a 10-year sentence for ual assault, which means, of course, his spokesperson thinks it’s time to show support for convicted rapist . In a new statement, the spokesperson blasted the court’s decision to convict the powerful film producer.

Andrew Wyatt, playing on the sympathies of those who believe Cosby is innocent, launched into a short statement over Weinstein’s rape and criminal act convictions. Using the moment to also slam the #MeToo movement, Wyatt’s statement also took aim at Weinstein and Cosby’s rights to due process.

To view the statement in full, read below.

Official Statement From Andrew Wyatt Regarding The Verdict Of Harvey Weinstein: This is not shocking because these jurors were not sequestered, which gave them access to media coverage and the sentiments of public opinion. There’s no way you would have anyone believe that Mr. Weinstein was going to receive a fair and impartial trial. Also, this judge showed that he wanted a conviction by sending the jurors back to deliberate, after they were hung on many of the counts. Here’s the question that should haunt all Americans, especially wealthy and famous men…Where do we go in this country to find fairness and impartiality in the judicial system; and where do we go in this country to find Due Process? Lastly, if the #metoo movement isn’t just about Becky [White women], I would challenge #metoo and ask them to go back 400+ years and tarnish the names of those oppressors that raped slaves. This is a very sad day in the American Judicial System. #FreeBillCosby #FarFromFinished #DueProcess #JusticeReform