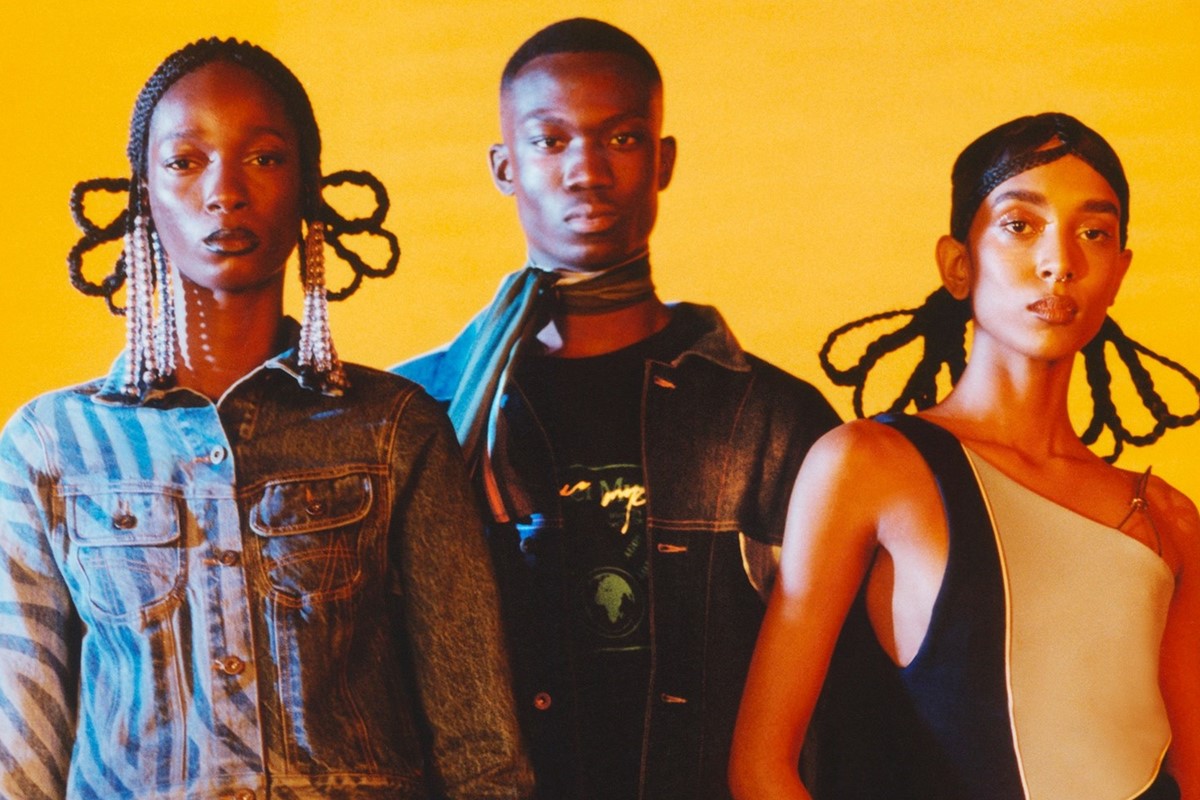 We’re only halfway into the year, and it’s become apparent that 2021 belongs to Priya Ahluwalia. First winning the Queen Elizabeth Award for British Design, she later scored backing from BFC/GQ designer menswear fund, and entered the realm of the collab – releasing a womenswear capsule collection with Copenhagen-based label Ganni, and joining forces with Mulberry to create an accessories line in celebration of its 50th anniversary.

Not content with that impressive lot, now, the designer has released her SS22 collection by way of a short, poignant film. Directed by Dazed 100 alum Akinola Davies, and created in partnership with Mulberry, Parts of Me centres around the celebration of Black and Brown hair. “As a Nigerian and Indian woman, I wanted to focus on the artistry and rituals around Afro-Caribbean hair, as well as ideas about hair in Punjab, India. It’s something I find really important and a conversation I want to amplify as hair is often used as a tool of discrimination,” Ahluwalia explains. “The artistry, the politics, self-expression of Black hair, the way it’s a language, is so important to highlight and discuss.”

Parts of Me marks the first time Ahluwalia and Davies have worked together, but as soon as the project got the greenlight, the designer immediately knew she wanted him to be part of it. It’s not surprising: the London-based artist is renowned for his thoughtful filmmaking, which hones in on social and political matters, and has worked with fashion brands ranging from Telfar to Kenzo. Davies, too, was excited to get stuck into creating Parts of Me. “I have always been a fan of her work and I think we almost worked on a previous project together which didn’t quite happen. When this project came about and she reached out, I was more than up for collaborating,” he says.

The outcome of this union is an ethereal and reflective film that embodies the inspirations, references, and creative ideas that arose from Ahluwalia’s SS22 research process. “Priya conceptualised what she wanted to do, in terms of wanting to honour hair and how Black and Brown hair is quite transcendental. I built on that, trying to focus on the emotional connection and grounding,” Davies explains.

The duo also worked closely together when it came to the movement showcased in the film and the development of the set. With the help of movement directors Nathalie Mazangi Miller and Kane Lendijan, Ahluwalia and Davies were able to use motion as a means of evoking meditative sentiments and depicting the collaborative process of doing hair. “I’m quite drawn to movement as a tool to express feelings and concepts, and I think film is the perfect place to explore that,” the designer reveals. “There were many things Akin and I discussed where we felt that movement was the right way to communicate them. Maybe it’s because movement is such a human centered tool within a film. It really is about the cast and their energy.”

When it came to the idea for the set design, old music videos by artists such as Aaliyah and TLC – where the focus on Black hair was pushed to the foreground – were on the moodboard. Deciding to go with a moving set, as opposed to a painted one, Davies explains the idea was rooted in “creating something that was quite grounded, but at the same time, quite elevated.”

“As a Nigerian and Indian woman, I wanted to focus on the artistry and rituals around Afro-Caribbean hair, as well as ideas about hair in Punjab, India. It’s something I find really important and a conversation I want to amplify as hair is often used as a tool of discrimination” – Priya Ahluwalia

As the film begins, four models move together to create shapes such as bridges and flat crochet structures, which act as a human representation of the hair-braiding process. Backdropped by a vibrant sunset scene, the setting highlights the rich colours of Ahluawalia’s collection – made up of structured denim trousers and jackets, many of which feature delicate woven, braid-inspired motifs. The womenswear, meanwhile, is skimpier – inspired by club silhouettes, the line is heavy with form-fitting, knitted garments.

The collection itself draws upon Ahluwalia’s personal experiences with her hair, along with years of her referencing sketchbooks, which include work from the likes of Nigerian photographer JD ’Okhai Ojeikere. Expanding from just menswear, this season marks Ahluwalia’s first ever co-ed collection – which saw her centering herself in the process of design more than usual. “I was thinking about what me and my friends want to wear, to the club, on a date, in a meeting. I was thinking about what would make a woman feel confident and powerful,” she explains.

Also part of the collection, Ahluwalia also debuted her Mulberry collaboration, which she reworked the label’s iconic Portobello bag for. Drawing colour inspiration from old hair shop posters and using embroidery to create seams that emulate the appearance of cornrows and other braid styles, the subtle yet meaningful details tie back to the central purpose of the collection to celebrate the artistry of Black and Brown people through hair. Speaking on the other added relevant embellishments on the bag, Ahluwalia explains, “the badges are inspired by graphics from 1970s Black and South Asian movements that pushed for equality. The capsule is a celebration.”