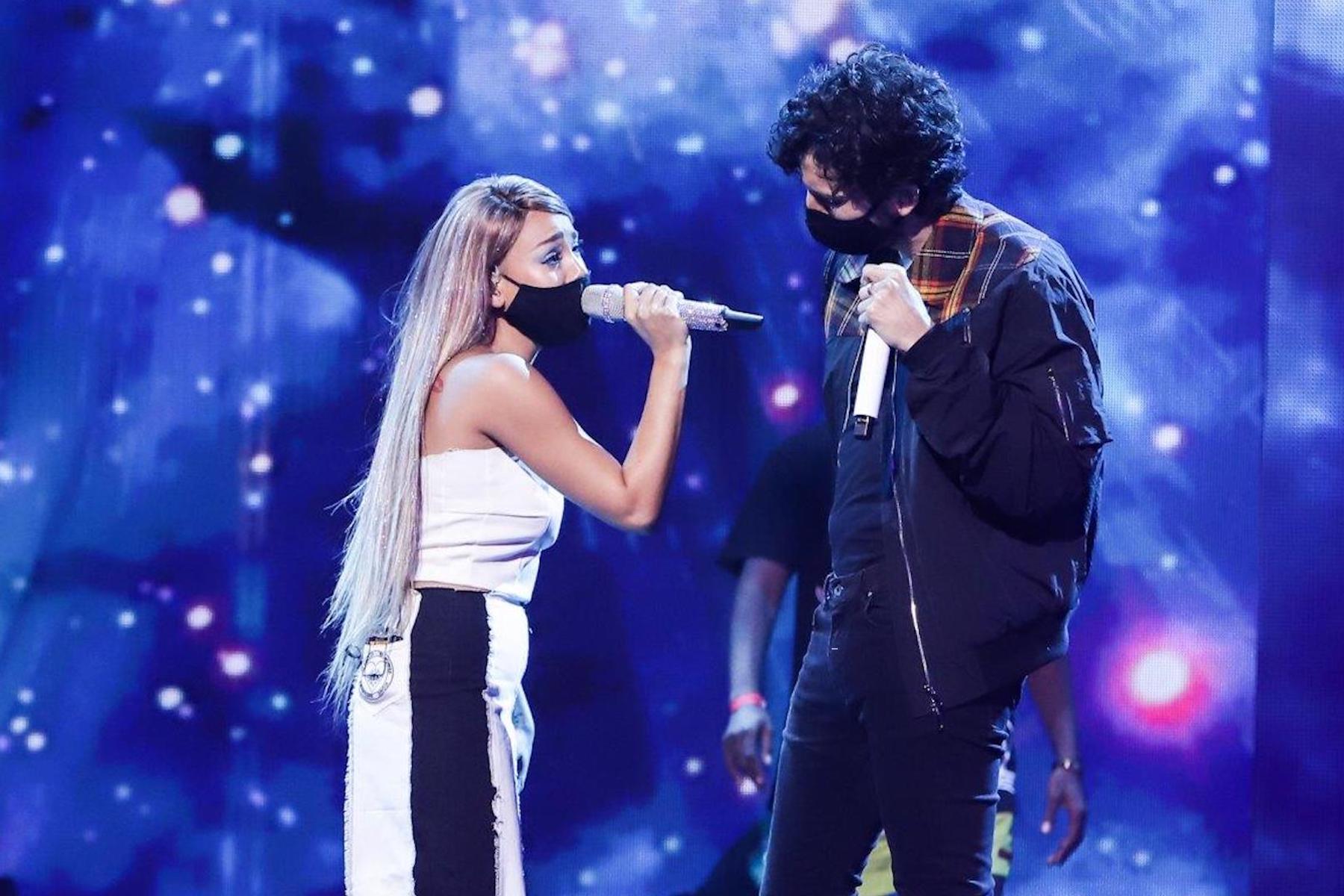 Nearly six months after the United States experienced its first outbreak of Covid-19, the virus shows no signs of slowing down. Since then, the entertainment industry as a whole has grappled with the question: How will live events, especially long-standing awards shows, survive the pandemic?

While several major awards ceremonies — from the Tonys to the Oscars — have been postponed, BET took a novel approach with its annual awards show, which was recorded and performed remotely from the homes of its honorees in June. Univision, however, plans to go live for the 17th annual Premios Juventud, its international, Hispanic entertainment awards. The event will take place Thursday, August 13th, at the Seminole Hard Rock Hotel and Casino in Hollywood, Florida.

This year’s Premios Juventud, or Youth Awards, boasts onstage performances from an impressive lineup of Latin superstars, including J Balvin, Pitbull, Karol G, Zion and Lennox, CNCO, Natti Natasha, and many others. Yet the show will go on against a troubling backdrop: Florida has emerged as the second-largest Covid-19 hotspot in the United States. (California currently sits at Number One.) As of Monday, NBC News reported a total of 532,806 cases in Florida, with the statewide death toll at 8,314. In Broward County, where the Premios Juventud will take place, officials have reported 62,898 cases and 821 deaths. The state reported 4,155 new cases in the last week alone.

Where many in the industry see a disaster in the making, executives at Univision see an opportunity for invention. For the first time since its inception in 2004, this year’s Premios Juventud will take place sans a live audience, and skip the usual fanfare on the red carpet. Over the past month, masked pop stars have circulated through the Hard Rock Hotel in tightly regulated shifts, rehearsing with notably smaller dance troupes and production teams on site. Between rehearsals, crew members can be seen wielding air sanitation machines, which spray a fine mist of disinfectant across the stage.

How did you feel about organizing the Premios Juventud under the shadow of Covid-19? What made you decide not to cancel?
Meyer: First and foremost, everything that we are doing is in full compliance, and I would say in an overabundance of caution, beyond what the local authorities and state and federal authorities have required. We wanted to continue to celebrate music, pop culture, and community leaders. And we knew we owed it to the audience to provide them a sense of escapism and a sense of normal again. But we wanted to be thoughtful about our approach … so we called this award show about a month later than usual.

Cases in South Florida have been rapidly on the rise. Can you walk me through the steps you’re taking to ensure a safe show?
Perez: There will be no attendees nor audience at this year’s show. The entire audience is virtual. Each day the capacity for the venue will not exceed three to five percent of the authorized total capacity for the venue pre-Covid. The production is operating well below the authorized Broward County capacity guidelines of 50%. The performers and nominees will only be allowed no more than four of their staff members, inclusive of their manager/agent to assist them in pre- and post-show preparations.

Meyer: We’ve worked with artist camps to limit the entourages. Each section of the production site is also compartmentalized, so crew and staff remain in their respective areas to minimize potential risk of exposure. We are ensuring compliance with our safety protocols by having specific staff dedicated to conducting area patrols. This year’s production [crew] is less than 20 percent of what we would normally have at a pre-Covid Premios Juventud.

We’ve instituted a number of measures, like extending our rehearsal days, reducing the personnel on-site. The media center is now a virtual media center. We did institute a very rigorous screening schedule and disinfecting schedule throughout the day, you know, onstage in the production areas, every hour before every rehearsal, before and after the performance. We will also have some taped musicals in order to reduce the capacity and the amount of people.

Will all attendees be required to wear masks? And are you requiring strict isolation and test results for performers?
Perez: The production crew, staff, and talent will all be required to wear a mask except for when they are performing their segments. During rehearsals, everyone will be wearing a mask, including the artists. Univision has brought creativity to a new level by incorporating the mask for the limited troupe of dancers as part of their costumes.

Meyer: We’ve studied very much what the NBA staff has done and their testing policy.… We are providing folks with [personal protective equipment] when they come in. That includes shade coverings for your eyes, masks, hand sanitizer. We’re doing testing prior to folks coming into the building and for those folks who are doing production as well. So we are contact tracing so that we can make sure we track and handle the cases appropriately.

What kind of testing are you doing on-site? Are you taking people’s temperatures as they come in and out of the venue?
Meyer: We set up a testing facility just outside the venue. Folks can be tested before they come in. We’ve worked with good health professionals, and we are administering tests preemptively. We have doctors on-site as well, for anything else that may come up.

What happens this year will definitely set a precedent for more award shows and concerts to come. That’s a lot of pressure!
Mayer: It’s certainly being done as never before, clearly. But we are very proud to [bring] people a much-needed sense of community pride. We really do think we need to celebrate all the positives of this challenging year.