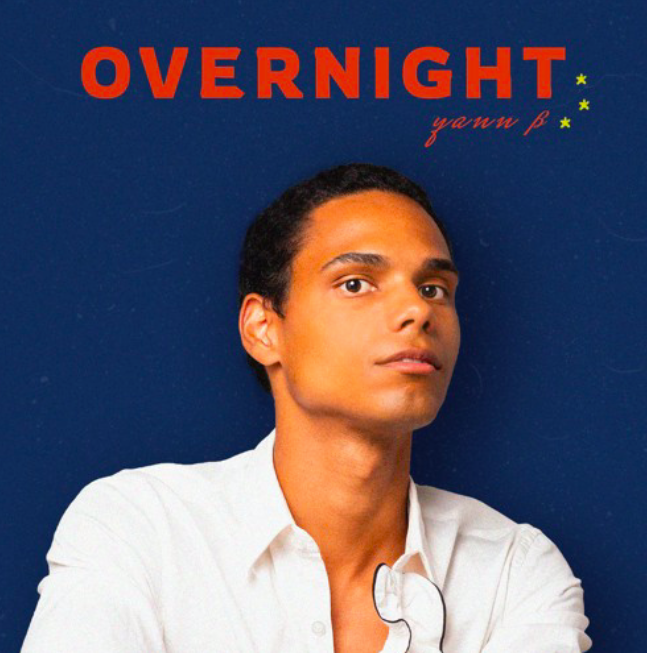 Baie-Saint-Paul, Canada-based singer-songwriter Yann Brassard releases his latest single, “Overnight,” a song in which all instruments except the drums have been recorded by himself during the lockdown, using only his mouth.

The sophisticated layering of sounds produces an astonishingly beautiful effect, a radio-ready song set to make everyone dance. Influenced since his childhood by the ‘70s and ‘80s most prominent disco music singers like the Bee Gees and Prince, Yann’s “Overnight” an incredibly modern take on disco, in which he magically delivers his rich, versatile, and captivating voice.

After being finalist in multiple musical competitions in Québec, such as La Voix 6 , and releasing

two french tracks, “Mission Commando” and “Dangereuse”, Yann Brassard is now back with a brand-

new artistic identity that stands out from current pop music. “Overnight” sees the accomplished artist delivering a unique sound reflecting his multiple talents, backgrounds and vivid creativity, as he continues his musical journey in style with this record produced, written, and arranged by him.

Born of a Haitian mother and a Quebecois father, Yann Brassard is becoming a master at merging a myriad of genres into his own signature sound, including pop, hip-hop, soul, r&b, and latin music, a fiery mix that allows him to to express his vision with a rich diversity of moods and vibes.

“Overnight’” joy and vitality are sure to make the crowds smile and dance, and are enough elements to predict a bright future for Yann Brassard in the music scene.