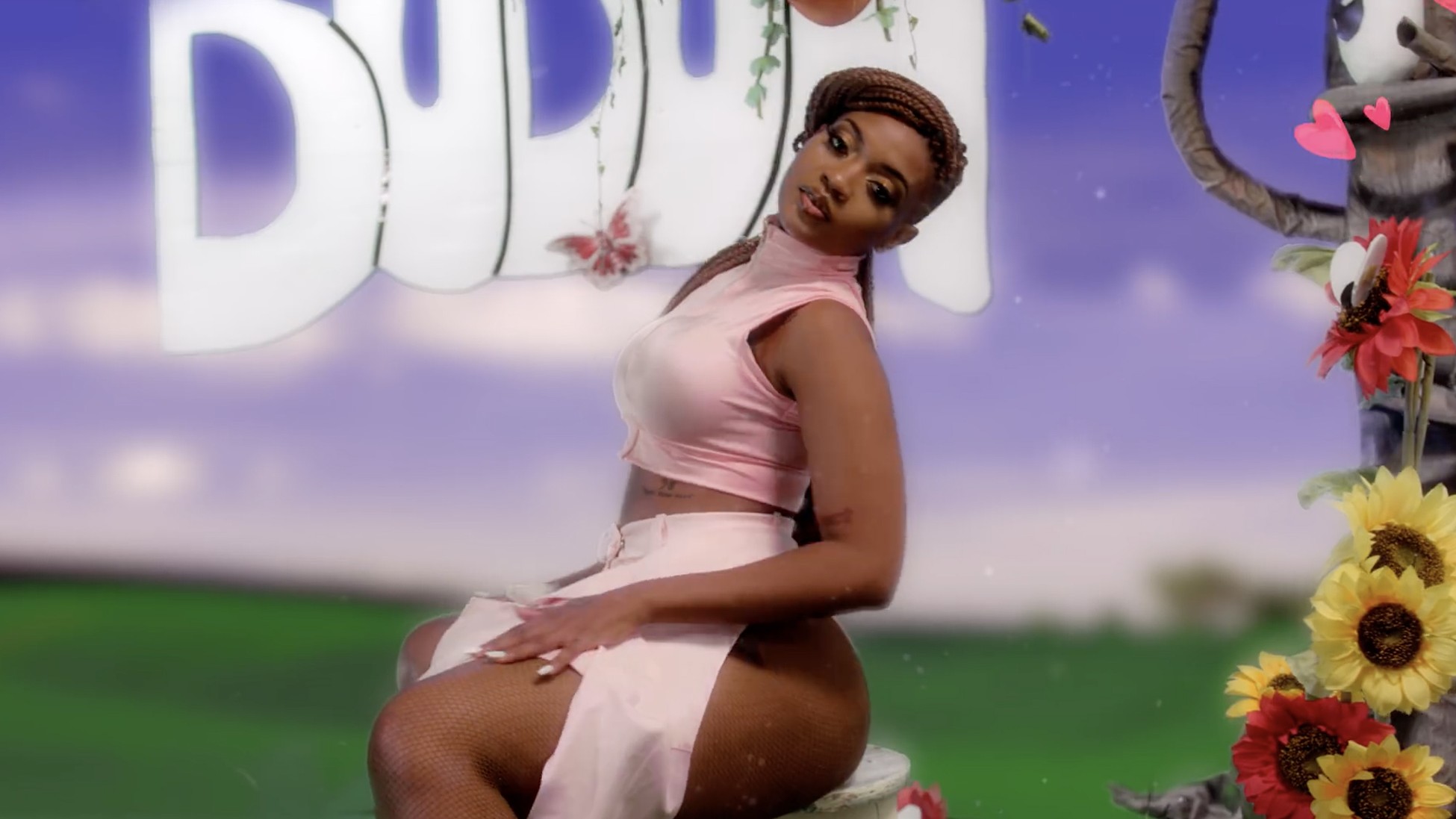 “Them call me Muma Heavy.”

The Jamaican expression for someone who is not afraid to speak what’s on their mind is that they “nuh tek back chat.” That phrase describes Jada Kingdom perfectly. While she often speaks in a gentle voice, her words can be as soft as water or as hard as rockstone. “Full time we firm up we meds,” she sings on “Execution,” one of her deceptively delicate tracks from last year, shouting out the girls from her part of town, Kingston’s E-Syde. “Yo Rockfort, Harborview, Bull Bay, gal a St. Thomas, whole a E-Syde, mek dem know say we mad and bad.”

In the space of three years, Jada Kingdom has carved out a unique creative space for herself, nestled in a sweet spot somewhere between dancehall, R&B, and pop. Her jazzy, neo-soul vocal style is more reminiscent of Erykah Badu than Lady Saw. And while she’s never afraid to show her vulnerability or to channel her pain into powerful art, she can turn the attitude up to 100 at the drop of a dime.

Today Jada embarks on a new phase of her burgeoning career, the release of her first single under a deal with Diplo’s Mad Decent label. Fresh off the success of her mixtape E-Syde Queen: The Twinkle Playlist and features on Popcaan’s red-hot Yiy Change Fixtape and Vybz Kartel’s soul-baring To Tanisha Jada is perfectly poised for her big moment. All she needs is a massive tune to kick things off. Something like, say, “Budum.”

“It’s been such a crazy year with the pandemic I just wanted to release a song that is fun and will make people happy and want to dance again,” says Jada Kingdom about the track. “Hopefully ‘Budum’ will have everyone whining their waists and rocking their bodies again and help us to forget some of the craziness going on around us.”

Produced by the German-born, Jamaica-approved producer known as Emudio, “Budum” is the anthem that should be rocking ever late-summer fete from Uptown Mondays in Kingston to Notting Hill Carnival in London to the Eastern Parkway Labor Day Parade in Brooklyn. Even if your end-of-summer rave is a socially distanced house party, “Budum” is the soundtrack—a sexy blast of self-love and female empowerment from a Queen who knows her body is a Kingdom. Today, Boomshots and NUEVO premiere the visuals, directed by 300K.

“We just went for a fun, happy vibe for the video to reflect the song,” says Jada. “We also wanted to incorporate the cover art so we built out a crazy set literally overnight for that scene. ‘Budum’ is a track that makes people dance and feel good and hopefully the video makes people feel the same way.”