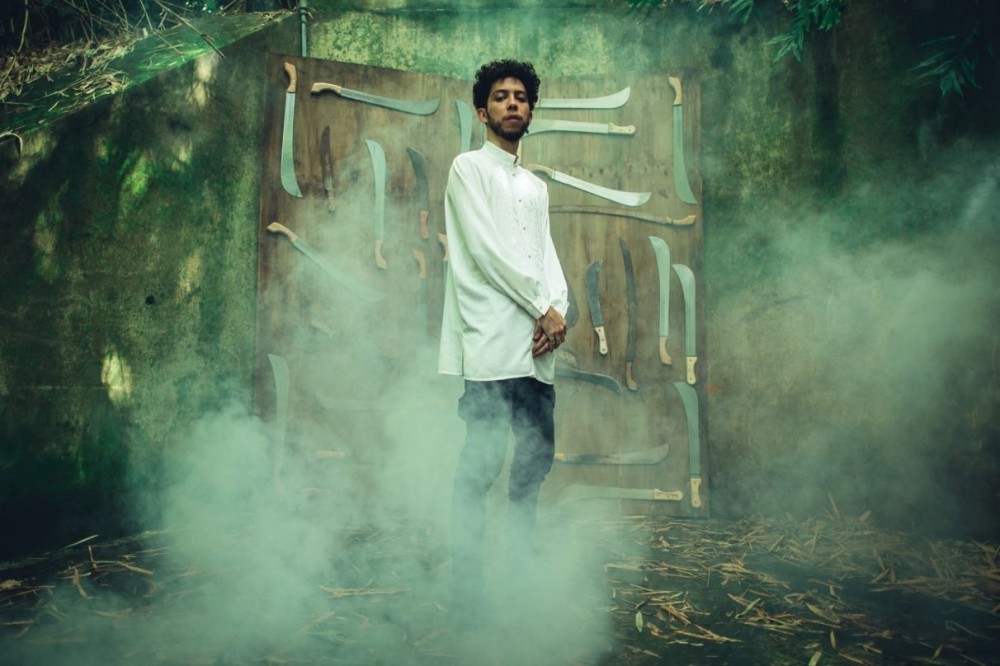 Back in July, in conversation with Remezcla, multi-hyphenate artist Eduardo Cabra singled out up-and-coming Boricua singer-songwriter Sebastián .Otero as one of the talents he’s developing in his new La Casa del Sombrero imprint. Now, we’re finally getting a glimpse of how that work is turning out.

Co-produced by himself and Cabra, “Juyendo” is the first single from an upcoming project, and he shows he has a tongue so sharp it can make politicians shake on their boots. Strategically released in the context of the upcoming U.S. presidential elections and Puerto Rico’s general elections, “Juyendo” is a sociopolitical commentary directly aimed at the corruption culture that runs through the whole American continent. Otero puts his fist up in the sky empowers people to run the crooks out of office, just like Boricuas did with Ricardo Rosselló last year.

“It is not recent that we have seen corrupt politicians and abusers of power live with a grand feeling of impunity,” explains Otero over email. “My generation ‘lxs hijxs de la crisis,’ as we call ourselves, has had to live the repercussions of countless wrong doings. Many years of my life have influenced the creation of ‘Juyendo,’ and the current political context in the island just adds more reasons to go chanting the song everywhere.”

The single also comes with a music video directed by César Berrios, who has also previously worked with Cabra. The visuals show Otero performing the track, but also portraying a corrupt figure who has reached the take-the-money-and-run point. But as he’s fleeing with literal suitcases packed with money, life has a surprise in store for him.