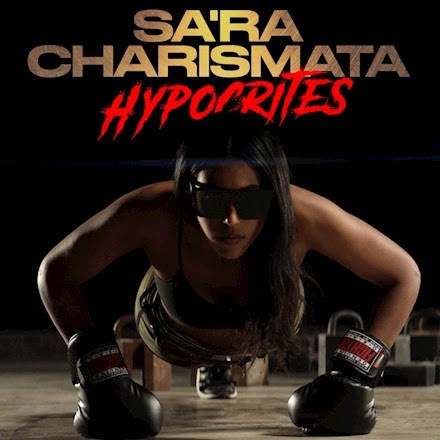 We have the distinct pleasure to announce the release of Swedish singer-songwriter Sa’ra Charismata’s latest song and music video titled “Hypocrites”, a smashing track with a sultry groove, independently released by Charismata’s self-started label Ball N Dress. The visuals capture her as a powerful woman and a leader empowering people, especially women, to find their confidence and strength.

The talented artist who describes the kind of music she makes as ‘protest pop’ has created her most important work so far, one aimed at being a tool to master life’s adversities.

A sonic mixture of hip-hop, punk, and catchy hooks with sugar-coated political lyrics, Charismata’s “Hypocrites” aims at raising the level of confidence for anyone going through a difficult time or getting ready for an important moment of their lives.

Afropunk has previously described Charismata as “the quintessential revival of the modern protest song in pop music” and “an outspoken voice that mainstream media may never acknowledge.”

Charismata was inspired by iconic artists including Bob Marley, Bad Brains, and Lauryn Hill, from a musical standpoint, but also from their philosophy and approach to socio-political issues. Sa’ra Charismata’s parents fled the conflict in Eritrea in the 70’s, and moved to Sweden where she was born and raised.

Charismata’s high energy performances are heavily influenced by the 80’s punk scene in NYC, and has performed at some of the biggest festivals in the world, such as  Roskilde Festival in Denmark and Peace & Love Festival in Sweden.

After “Mushroom,” her biggest hit to date with nearly 1M plays on Spotify alone,, “Hypocrites” will strengthen Sa’ra Charismata’s rise and propel her as one of the next major pop sensations.