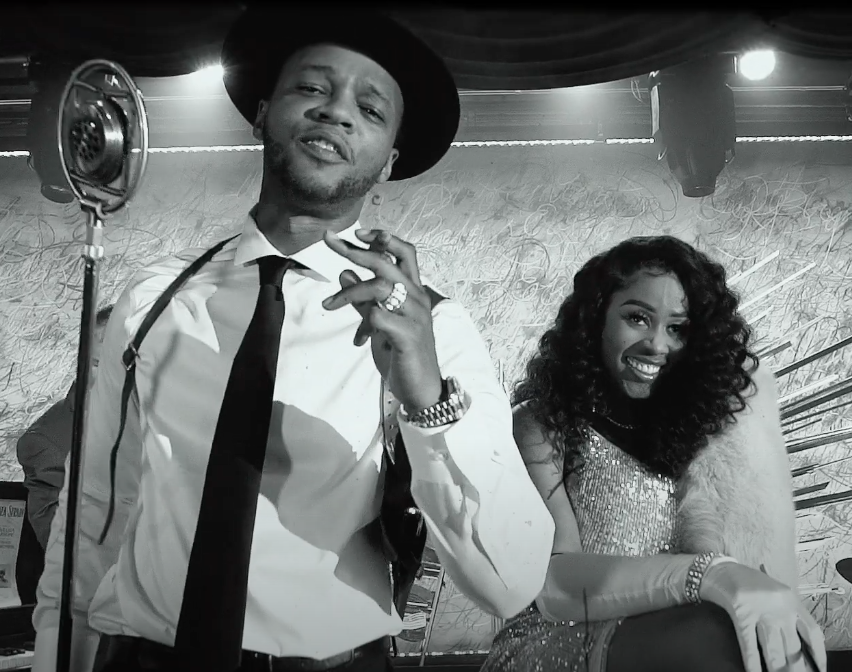 Amid these wild times of break-ups and no make-ups, we fortunately get to see more visions of #BlackLove with the likes of the happily married union of rap/tv stars Remy Ma and Papoose. Surviving some of the rough experiences that their early courting to locked-in relationship endured, Papoose in some ways, fell back from going super hard with his burgeoning rap career in supporting his wife and family from the sidelines. Let’s be clear through, his rapid fire, high level bar game was and is always on deck and he proves this with the release of his newest single, “Maturity,” from his long-awaited album, Endangered Species, dropping today (Oct. 9th).

Papoose explains what he feels is a true coming to terms with his current life status, as the video and song blend perfectly. “‘Maturity,’ is one of my favorite songs on the album! The time in a man’s life when he matures is life changing,” he states. “It is the moment that he treats his woman like a Queen, remains loyal, faithful…and puts his family first!”

Looking at the time period production of the video, you can tell this was a different experience for Pap, especially since the leading lady in it is his real life leading lady. “Shooting this maturity video was so much fun. The classical sound of the instruments played in this track reminded me of the 1920’s/30’s era,” he continues with ampness. “My wife once gave me a 1920’s themed birthday party. It was the best birthday of my life. I wanted to relive that moment. That’s why I shot this video in black and white. 1920’s style. Black love.”

Although it’s all love in his life, the troubling  times we are enduring as a people weighs heavy on Pap as well. Always one to lyrically depict the days and times, this new work does just that, but with Pap at his socially sharpest (especially on the heart wrenching track, “Tribute”). “Real artists are an endangered species! Due to police brutality, this pandemic and so much injustice. Our people are also an endangered species.  I didn’t choose this album title, it chose me,” he states strongly. “I used all live instruments because real musicians are also rare and [they are] endangered species these days. Brady Watt played all the live instruments. He’s a true musician.”

Getting to the main frame of rapping for the people again, Papoose’s energy is in attack mode. You’ll hear it on the album, but also see it in how he’s active in the streets again. Check him tearing up Funk Flex’s new freestyle format series, Block Work. He’s still got a way with that alphabetical and numerical slaughter.