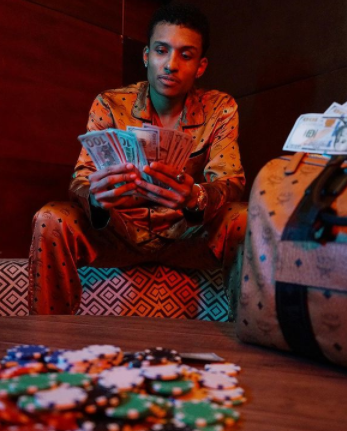 Niko Brim has so much to offer the music scene and his latest single “Bonita” is the proof. The CYN crew (King Combs, Kai Cash, etc.) member returns to set the tone on his boss’d up adventures. Last year, the son of fashion icon Misa Hylton, was basking in the glow of his first tour where he opened for the rhymetress, Rapsody. This year finds the young boss carving his own lane and doing it how he sees fit. First shot, the mid-tempo bounce of “Bonita,” where the video depicts a luxurious lifestyle fit for kings and directed visuals by Shamell Mason.

Having a great team that continues to support you is key for success, Niko sees this triple fold, “I collab’d with long time bro Tank God (producer of “Rockstar” for Post Malone) to bring an anthem for the underdogs. It’s a single off my upcoming EP B4THETHRONE, set to release in February.” Niko is no stranger to the glamorous life, yet he’s a strong advocate for social justice and human interest issues. Get with his previous work below and stay locked with the young king that’s next to rule.