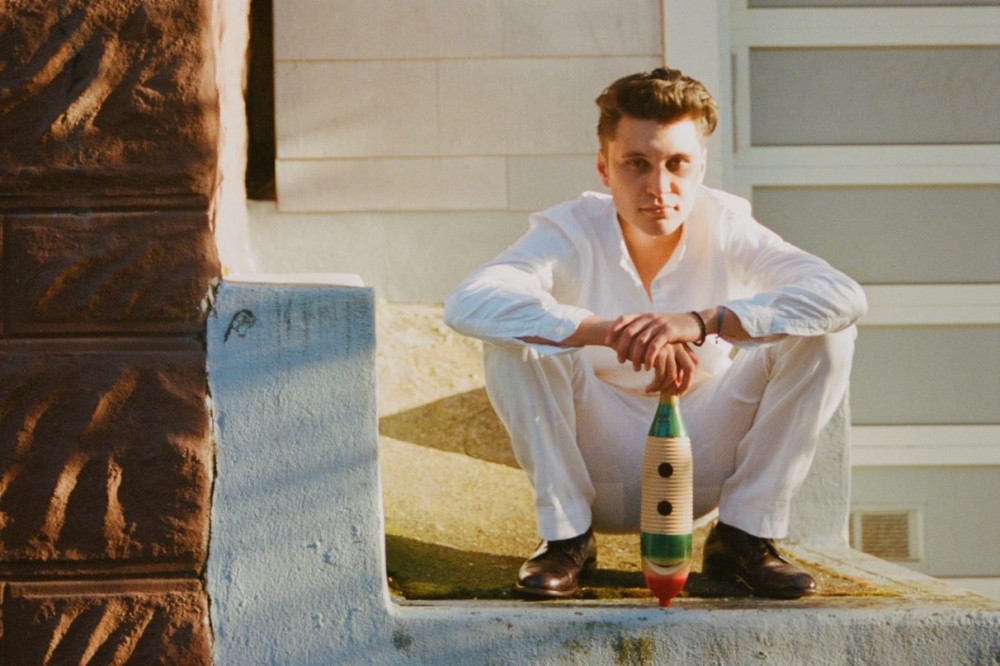 At a time in which the world festers in never-ending sequences of abnormality, the L.A. new-wop artist Nick Pagan has a video that reminds us that things have always been kind of strange—and that we should embrace the positive and the unconventional amid all the chaos. Pagan shows off his creative prowess in the visual counterpart to his debut single “No Mames,” a slow-burning track that spotlights his colorful sonic palettes while infusing Lowrider Oldies with a modern twist.

Stepping away from the clichéd themes of classic cars and traditional love stories associated with the doo-wop genre, Pagan enlisted Ambiguous Studio to help bring an offbeat vision to life. The visuals involved a simple idea: a couple of crazy outfits and a quick flight to San Francisco.

Pagan shares that the storyline was inspired by his reflections on the current state of the world. “The thought in my mind was ‘welcome back to normal’ and this idea that we’re all waiting to go back to normal, but normal has always been weird as hell,” he said, “Also, the thought that everything is really absurd right now, in a bad way, so you have to meet it with absurdity from the other angle: with love and positivity.”

As a result, the video for “No Mames” is eccentric and lighthearted. It follows a dancefloor duel between a pair of peacocking characters as they’re being serenaded by a peculiar performer inside an ambient retro lounge. Check out the wonderfully weird premiere here.